How will the Red Sox solve their problems at third base? 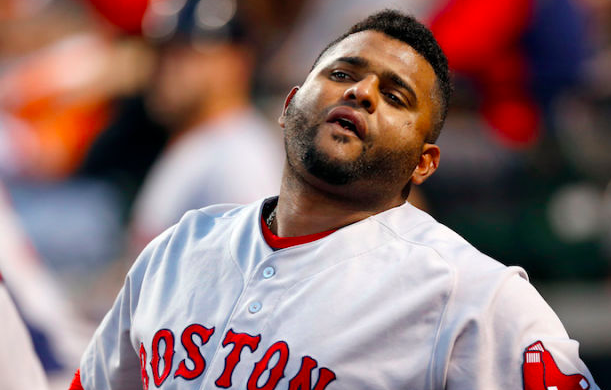 If the playoffs started today, the Red Sox would likely be one of the teams in the postseason. And, based on what the sportsbook odds show, they even have a fair shot at winning the 2017 MLB World Series.

Except, perhaps, for one glaring problem: The team’s third baseman.

Truth be told, Pablo Sandoval hasn’t been the only player in that position. But, it is fair to say that most of the Sox’s problems fall squarely on his shoulders.

Sandoval came in as the multi-million dollar solution that’s tanked. And, the problems have continued this season. Even if Deven Marrero and Josh Rutledge, along with a few others, have played this year it’s only been due to Sandoval’s health and other issues.

Which issues are those? Both on offense and defense, Sandoval’s struggles are evident. Currently, he’s hitting 211/..258/.367 for a 59 wRC+, or 41 percent worse than the average hitter in the MLB. His defense is even worse, committing errors at least once per game.

The problem is, the Red Sox don’t really have much to go on to solve anything.

If they keep on sending him to play, he’ll likely continue to struggle. Though he’s slightly better on paper than Marrero and Rutledge and he’s hitting somewhat better than last year, this doesn’t really give much confidence to anyone. Praying that he’ll turn things around and play as he did with the Giants just doesn’t cut it.

They could bench him. But, again, they’ve sunk so much money to get him that we’re sure that this solution would have the bean counters up in disarray. Nevertheless, this is probably the best solution, that is, if you want to win games. Sandoval could be used as a pinch hitter when needed, but with his consistency at bat who can tell how things would turn out.

They could designate him for assignment, but they’ll have to eat all of that moolah. And that likely doesn’t sit well with many people in the organization (though it’s a popular choice at this point).

And, what about trading him? It’s an option, but one that difficult at best and probably not likely. The Red Sox don’t have any bargaining chips at their disposal to make this deal, at least, not without giving away the house for something which might not pan out.

The Red Sox are between a rock and hard place. And without a solution in sight, they just might have to fight it out hoping that Sandoval will pick himself out of his slump. But, who knows if that’ll happen. Thoughts?