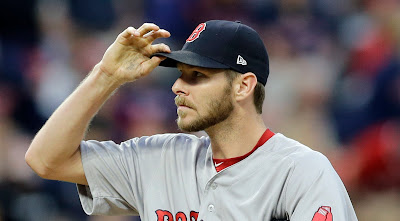 The Red Sox have won the AL East for a 2nd consecutive season and will look to avenge their disappointing exit from the playoffs last year when they take on the Astros later this afternoon. John Farrell has released his 25 man roster for the series and we have it below:

I was joined last night by Jim Monaghan and Evan Marinofsky to preview the difficult matchup the Red Sox have in front of them. While we debated on who should be on the roster, we also discussed the importance of today's start for Chris Sale not just to prove himself in the playoffs but to also give this team a chance to win the series.

Also, the never-ending storyline of missing David Ortiz should finally come to a close now that the playoffs have arrived. Either someone in this lineup steps up to fill the void or they'll be sent home early. We're very excited that October baseball is back and hopefully a nice run deep into the month is what is in store for us.