Londoners get a chance to hate the Yanks all over again.

Jackie Robinson. It’s my go to answer whenever someone asks that all to common ice breaker of a question “If you could have dinner with anyone alive or dead, who would you choose?” I always choose Jackie Robinson. 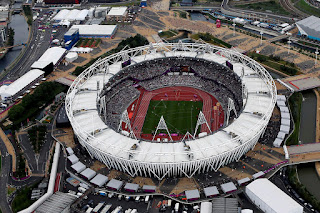 I do it for a couple different reasons but the most important is that I believe in the unifying nature of sports and that Robinson stood for a feeling of togetherness. That same feeling is something the MLB believes in as well, and that conviction is why the Red Sox and Yankees are playing a 2 game series in London in 2019.

This all important series between the Boston Red Sox and New York Yankees is set for June of 2019 and though it may feel like a ploy or a cash grab or a scheme set up by British overlords to take baseball back as reparations for the Revolutionary war, it’s not. This series will signify what is likely just the opening to several new steps that lead to more competition among foreign leagues. In fact according to Steve Buckley of the Boston Herald there might even be a true WORLD series in the works if these first "stages" prove successful. We could be looking at an eventual Champions League or March Madness style tournament that has all the best baseball teams in the world competing against each other. That might be the most exciting thing I can think of next to Big Papi showing up at my house to watch a game.

It is true that this is unfamiliar territory for Baseball fans and sharing the Red Sox is not something that many supporters want to do. But imagine for a second that The Red Sox and Yankees in London is a complete success. That the soon to be royal Meghan Markle sees it and wants more and more baseball in her new home to get the feeling of Americana that we all get at the ballpark. Realize that this series could lead to many more games abroad and a bigger following around the world for the MLB and baseball in general. And then one day while visiting Europe with your family on vacation, you sit down in an English pub and order a pint only for the bartender to hand it to you and proudly exclaim "Go Sox" before asking if you saw the game last night.

Photo Courtesy of the Associated Press