Second suspect held in the shooting of David Ortiz


Eddy Vladimir Feliz Garcia, the man arrested in the shooting of former Red Sox star, David Ortiz, has reportedly been charged as an accomplice, and a second suspect has been detained in connection with the violent incident. It was originally believed by some that Garcia was the actual shooter, but the investigation is ongoing. 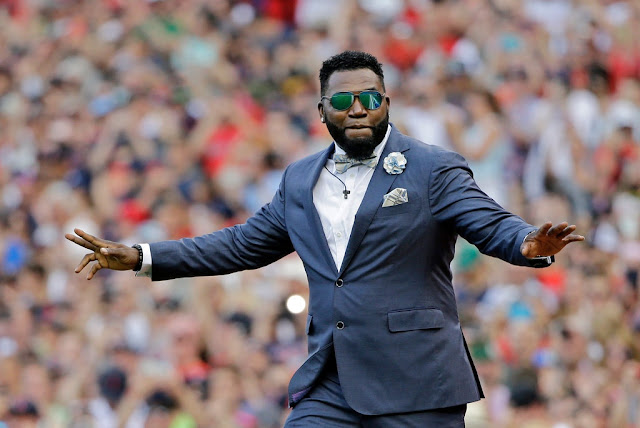 As I wrote in my original article, it is not uncommon in a dual-suspect crime for the one that is apprehended to implicate the other individual, and to attempt to rid themselves of any blame for the evil act itself. This is pure speculation, but based on much personal experience (per NBC News' Phil Helsel and Associated Press):

A man arrested in connection with the shooting of famed former Red Sox slugger David Ortiz in the Dominican Republic over the weekend has been charged as an accomplice to attempted murder, a spokesman for prosecutors said Tuesday.

The Public Ministry of Santo Domingo East said in a statement it is seeking to keep Eddy Vladimir Feliz Garcia, who authorities have said was arrested at the scene of the Sunday night shooting at Dial Bar and Lounge in the eastern part of the city, in detention. Police have said he was beaten by several bar patrons after the shooting.

Some earlier reports had identified Garcia as the suspected shooter, but Tuesday’s statement does not say Garcia is accused of firing the single shot from behind that wounded Ortiz, 43, known as "Big Papi," and which injured a television host who was with the former Red Sox player.

Police have said that two men showed up on a motorcycle and one of those people shot Ortiz. Garcia was captured by bar patrons and beaten before being handed over to police, while the other escaped on foot.

Garcia’s family told NBC Boston that he is a fan of Ortiz and had nothing to do with the shooting.

His lawyer, Deivi Solano, said Garcia had no idea who he picked up or what was about to happen when he stopped to take a fare, the AP reported.

"He didn't know what they were going to do. He's a fan of David's," Solano said.

It appears that Garcia is alleging he is a motorcycle taxi driver - picked up the other suspect - and had no part in the shooting. In all of the media coverage on the incident, I have seen no indication that the gun used in the shooting was recovered, therefore making it possible that the suspect who escaped initially was in possession of it. Conversely, the police may be in possession of the gun and are withholding that information for investigative purposes. Expect more information very soon, and stay with CelticsLife for updates.

After a second surgery, Papi appears to be doing well. The following per NBC News' Phil Helsel and Associated Press:

Ortiz's spokesman, Leo Lopez, said earlier Tuesday that the baseball star was doing well after surgery, and that “He is walking, a few steps this morning, but its step by step."

Ortiz' wife, Tiffany Ortiz, said in a statement released Tuesday by the Red Sox that he underwent a successful second surgery in Boston and "he is stable, awake, and resting comfortably."

She said her husband is expected to remain in the intensive care unit for the next several days. He had his gallbladder and part of his intestine removed by surgeons in the Dominican Republic hours after the shooting.

I cringe at the thought of how close the beloved Big Papi came to being killed in the incident. Was this the act of a mentally-disturbed individual trying to gain fame, or was it a sinister plot involving other yet-unnamed individuals. We should know soon.