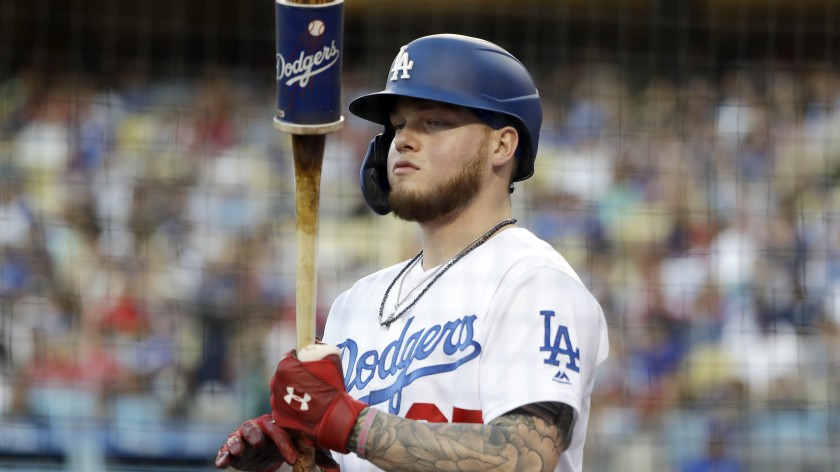 In light of the Felipe Vazquez charges, a reminder that the Dodgers & MLB did absolutely nothing when a few of their players, including Alex Verdugo, allowed a teenage runaway to be beaten in a hotel room & was sexually assaulted by a now former player.https://t.co/YfTT9qvpql
— Jessica Quiroli (@heelsonthefield) September 17, 2019

While trying to be positive and to at least get excited about the two prospects the Red Sox received for their 27 year old superstar, I came across this tweet and story about the Dodgers sex assault scandal that was swept under the rug. Apparently Alex Verdugo "at best" was present and witnessed an underage girl getting assaulted, and didn't intervene or report it. At worst, who knows? So the Red Sox traded one of the top 5 players in baseball who never had any off the field issues for this guy. This night gets even worse.

What she ultimately experienced was a twisted night of physical, verbal and sexual abuse. And, once she made her story known, she was subjected to more trauma.

Dodgers minor league players Alex Verdugo, James Baldwin and Julio Urias, were preparing for the regular season with the Dodgers at Camelback Ranch, the team’s spring training facility. Verdugo and Baldwin partied with the women at a Hampton Inn near the stadium, including the one who was underage. Nick Francona, then assistant of player development for the Dodgers, said Urias was present earlier, but wasn’t included in discussions about the incident.

“Urias was apparently with the group at some point during the evening, but people went to great lengths from the onset to avoid having his name involved at all and didn’t even want to ask him any questions about it,” Francona explained.

Per the police report, as the night went on, the girl became violently ill and vomited on a bed. And, as has been widely reported, the other two girls began beating her up. One of the players filmed the girl’s beating, then posted the video to social media.

There were photos on record of her physical assault. Her eye was bruised, her face swollen. As for the sexual assault, when she was asked to press charges, she declined, saying it wouldn't help her situation.

[Kapler] soon notified the Dodgers, and they failed to report the incident to MLB. Verdugo and Baldwin weren’t subjected to an investigation, as promised by MLB policy. And if there was any counseling or discussion, as Kapler suggested, in order to teach players responsibility, or, more to the point, to not assault women, or celebrate their abuse by videotaping a beating, there’s no record of the “teaching” they received.


I know you're supposed to root for the laundry and not the players, but it was nice being able to root for a good guy like Mookie who also happened to be amazing at baseball. I remember when the Red Sox got Julio Lugo. I couldn't get myself to root for him because of his past. This story about Verdugo makes me sick.

Since 2014 we rooted for a good guy and a true role model who became a generational baseball talent. The @RedSox traded his talent for Alex Verdugo, one of the @Dodgers minor league players involved in the ‘15 sexual assault cover up. #FAIL https://t.co/f6Yy2lfRza
— Joshua Laff (@josh_laff) February 5, 2020

oh also Alex Verdugo was one of the minor league players present during the hotel sexual assault that Gabe Kapler so infamously tried to shove under the rug. but, payroll flexibility flags fly forever. go sox.
— Jon Becker (@jonbecker_) February 5, 2020

no punishment. they let an underage girl get belligerent and sick, watched her get beat up, video taped it, and she was SEXUALLY ASSAULTED. and nothing happened. verdugo was there. did nothing NOTHING about it. no discipline. nada. https://t.co/9eoJHdnul7 pic.twitter.com/MrGewuFMRo
— sell the team🍩 (@DunkinIced) February 5, 2020