Red Sox baseball back on TV

While we may be without live sports of any kind for the foreseeable future, for the next few weeks Red Sox baseball is just a click away. 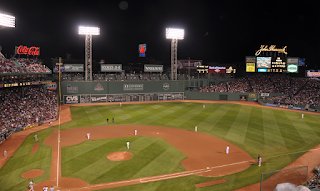 Starting Monday March 23, NESN will be airing Red Sox 2013 postseason games each night at 6 PM. According to the NESN website, "NESN will air 2013 Red Sox postseason games at 6 p.m. ET Monday through Saturday next week and will follow the team’s run to the 2013 World Series Championship. The next eight weeks will follow the Sox on their championship runs in 2004, 2007, 2013 and 2018, starting next week with 2013."


Additionally, Major League Baseball is allowing fans to watch games from the 2018 and 2019 seasons for free, which will allow Red Sox fans the opportunity to watch the historic 2018 season. Details on that can be found here on the MLB website.