The reasons behind the Latino-American boom in Major League Baseball

Since the 1950s, the number of overseas players from other countries has been steadily increasing in the MLB. Baseball, a game was for America, by America, and for America, is slowly becoming a major worldwide affair, with big chunks taken by non-Americans. We take a look at historical records and statistical figures to understand why this happened and is possible; list the reasons for the same.

The Milestones in Major League Baseball

The MLB was in the spotlight and made news for bringing in the first-ever overseas rookie in their teams. It was in 1956 when Luis Aparicio came in as a professional baseball player from Venezuela. And, he was such a great talent that he became the first Venezuelan to be inducted into the National Baseball Hall of Fame. Today, he is 86 years old and still going strong. He obtained dual nationality with American, being the 2nd one.

The next big milestone came in 1965, just 9 years after the first international achievement. The diversity initiative took another raw talented baseball player to be the first overseas MVP. He was Zoilo Versalles. Soon after that in 1969, the first overseas young winner Mike Cuellar came about and the intervals got shorter and shorter with more and more overseas talent being inducted into baseball.

Soon after this episode in 1971, the first overseas world-series MVP was crowned to Roberto Clemente, and with this, the MLB started not just allowing players from non-US countries to participate but also went forward to appreciate and acknowledge that other countries too can produce good players. And, then right after that to make a statement of acceptance and do justice to a well-deserving candidate Roberto Clemente became the first overseas talent, the renowned player to be inducted into the National Hall of Fame.

Thus, the explosion of Latino talent in MLB can be explained in several ways, one of which is sheer raw talent. Roberto Clemente was Puerto Rican and was a major name in the professional baseball history. In the same manner, Zoilo Versalles is also a Spanish name and he comes from Cuba, as its origin. But, as a US player, he was nicknamed “Zorro” and was a fan favorite. It was most notably for playing for Minnesota Twins and he acted as a catalyst for their achievement. He single-handedly led the Twins in 1965 to their first world series soon after he moved from Washington to Minnesota.

Therefore, it is not just overseas Latino latent, but what they achieved and did for the US after they became a citizen and that changed people's minds towards Latino American players.

And, this is how Major League Baseball came out in support of having more and more talented professional players, despite their country of origin. If we take the count of the number of overseas players, and especially those from Latin America for the 2020 MLB meet, we can see how much progress we have made as a society.

In short, The Latin American boom in the MLB can be seen nicely by plotting all these representations over a plot. Between 1980 to 2020, the 40-year interval, the Dominican Republic saw a great jump in exports, if we can say with some jokes. It crosses from below 5% to above 10% among total MLB lineups. Puerto Rico had a great start but it slowed down in 2010. It rose a bit in 2020. Venezuela has been at a constant rise with the biggest jump from 1% in 1980 to above 10% in MLB yearly lineups.

Thus, it was talent and opportunity that helped Major League Baseball and the USA get some of the best players and, a change of mindset as well. 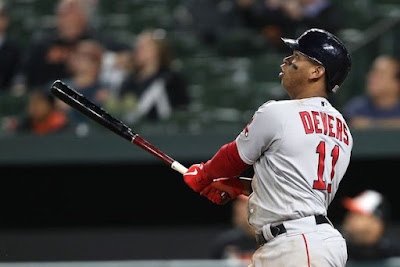