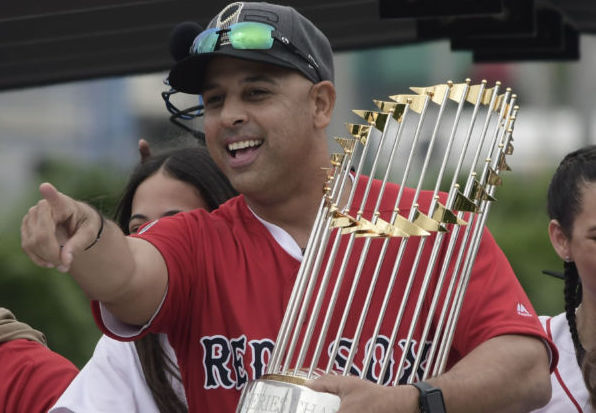 Well this is quite the 2020 twist. The Red Sox have decided to bring back Joey Cora as manager for the upcoming 2021 season according to multiple media reports. Cora of course led the Red Sox to the 2018 title before the team parted ways with him a year later due to the sign stealing scandal in Houston, as well as at the time, ongoing investigation in Boston. Cora was suspended by Major League Baseball for one season for his part in the Astros' scandal.

Ron Roenicke led the Red Sox to a dysmal 24-36 record in the extremely shortened 2020 season. One could argue that that wasn't enough time to evalauate a manager, but the Sox decided not to retain Roenicke. You started hearing whispers that "Maybe they'll bring back Cora?" and indeed they have.