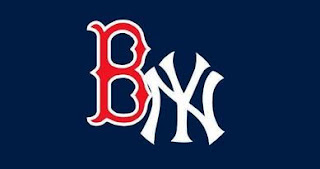 Things are turning bleak for the Boston Red Sox, who lost their third straight game and sixth of their last eight. A four-game lead in the AL East has dwindled to just one over the Tampa Bay Rays and after a 10-3 thumping by the rival New York Yankees, those in Red Sox Nation are beginning to fear the worse.

The Sox (72-52) can certainly turn it around quickly, as they have been one of the best teams in baseball all season. It’s just a matter when that turnaround will happen. The hope throughout Sox Nation is that day is today when John Lackey takes the ball against the Yankees (63-58).

Lackey is 7-10 with 3.32 ERA and despite the under .500 record has been one of the most consistent performers of the Sox rotation. He has given up three earned runs or less in seven of his last 10 starts, but only has three wins during that span. He is 0-4 in his last five starts, including a loss to the Yankees to open the second half after the All-Star Break. Lackey gave up four runs on 10 hits in 6.1 innings in that start and most recently gave up four runs in a loss to the Royals.

Hiroki Kuroda has been one of the bright spots for the Yanks this season, with one of the best ERAs in MLB. He is 11-7 with a 2.33 ERA, fourth in the Majors, and beat Lackey in that July 20 game, giving up two runs in seven innings.

Napoli ailing
Just when everybody thought Mike Napoli might turn a corner at the plate, he comes up injured with Plantar Fasciitis, reportedly he injured during his ninth inning double Friday. Mike Carp will play first base today and bat fifth, with Daniel Nava in left batting sixth.

Middlebrooks scorching
Since being recalled, Will Middlebrooks has proven his time spent in Triple-A Pawtucket was worth it. Middlebrooks is 8-for-20 since his return and manager John Farrell has hinted that a move up in the batting order may be coming, not only because of his hot hitting, but also due to the lack of power in the middle of the Sox lineup after Dustin Pedroia and David Ortiz.

Birthday boy
Speaking of Pedroia, today is his 30th birthday. The Red Sox celebrated by having a Sasquatch cake in the clubhouse. Pedroia is a big fan of the TV series "Finding Bigfoot".

Let us know what you think about today’s game by commenting below.