Expectations for Red Sox in 2014 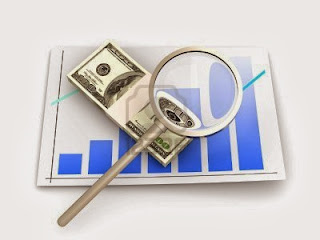 We have had a great 2013 season, made a good solid run so far in the postseason, and hold the ALDS crown with the ALCS series coming up. Will this ride end there or find us cheering on into the night as they make a World Series bid?

Either way, this has been an amazing recovery from the 2012 Red Sox, where they lost almost as many games as they won this year.

If you don't think it is too early to start slowly looking ahead, then what can we expect after the 2013 season from our Boston Red Sox?

Well, let us take a closer look and examine some of challenges and looming changes that might be effecting the balance of this team.

Contracts
There are a few major contracts that were either signed for one year deals or are ending this coming offseason. Some in this list are going to cause quite a stir in the offseason, but some are just going to be about the Red Sox making decisions to hold onto the players or move up existing talent that is in their system.

Mike Napoli
Signed initially for $39 million over three years in December, but due to the discovery of a hip condition it was finally reduced to a one year deal for $5 million. He reached a 165 day active duty bonus of $8 million, so it all ended pretty well for him this year with the Red Sox on both the health and salary side of the story.

He should command a multi-year deal this offseason, but if that will be with the Red Sox it is hard to say. Including the postseason he is headed into the most games played in a single season, posted a .259 AVG (postseason he only has a .154 AVG), a .360 OBP, a .482 SLG, and .842 OPS ranking it third best in his career based on number of plate appearances. He is patient at the plate, but he also holds the club record for strikeouts at 187 as he watches a few too many sail past.

It will be interesting to see if there is offseason interest from outside of Boston.

Jarrod Saltalamacchia
Over on mlbtraderumors.com there is an extensive analysis of the positive and negative aspects of his performance leading up to free agency this offseason. There is no doubt about it, he will command at least three times what the Red Sox are now paying for him and it will involve a multi-year deal. He has put up one of his best seasons in 2013 and this is a trend that has him only getting better and better. He is 29 years of age, making him the only under 30 catcher on the market this offseason.

With David Ross on the roster for another year as a catcher they might be willing to let Jarrod Saltalamacchia go if the price gets too high. He is a switch hitter, but his numbers against lefties had the Red Sox benching him in favor of David Ross until several concussion issues sent him to a long term disabled list stint.

Jacoby Ellsbury
It seems like this free agent will be whooshing out of Boston next year and not looking back. There has been so much said of this players changes of leaving that I will leave it for you to pursue. The Red Sox will not need to keep him in Boston for the price and length of contract that he will be asking, he will not be back next year.

This is not really an issue with an abundance of outfield talent, such as Jonny Gomes, Daniel Nava, and Jackie Bradley Jr.

Stephen Drew
The Red Sox shortstop that signed a one year $9.5 million deal is just in the way of Xander Bogaerts will also be one of the likely free agents to move on this offseason. There is really no reason for the Red Sox to offer him anything extra, so if he gets a better offer, it will be on him to find greener pastures.

While he has professed a desire to remain in Boston, it would take a scenario as described over on mlbtraderumors.com where Drew Middlebrooks would shift from third to firstbase, Xander Bogaerts would play thrid, and Stephen Drew could remain at shortstop.

It will be very interesting to see if the Red Sox want to move Xander Bogaerts up to shortstop next season and move Stephen Drew.

Pitching
There are a few pitchers on the block this year too. A few we can do without and one closer we need to find bridge support to get to him after the starting rotation.

Joel Hanrahan
After failing as a closer in the Red Sox uniform, he turned out to need Tommy John surgery which puts him out for 12 - 16 months in recovery. As he is a free agent, with Koji Uehara being a master Ninja closer, we will not see him back at all. This will free up a little over $7 million in salary, which the Red Sox can use nicely to bolster their bridge between the starting rotation and Koji Uehara in the ninth inning.

Alfredo Aceves
A pretty big disappointment this season and his attitude got him into trouble more than once. It was an experiment of sorts and it can be said it really did not pay off. The Red Sox need to free up the $2.65 million in salary for a few dedicated pitchers in the bullpen.

Andrew Bailey
A relief pitcher that was not very effective as a closer out of the bullpen, but has the potential to be a very effective reliever. He was on a one year deal for $4.1 million, spent a lot of time on the DL and ended up having season ending shoulder surgery in July. Recovery is estimated to take one year, so he most likely won't be back for the start of the 2014 season.

Koji Uehara
Thank your stars that he is not a free agent until 2015 and is under contract through the 2014 season. We must have our closer back next year and hope that the 38 year old reliever can still put together a season anywhere close to his effectiveness in 2013.

Prospects
There are two very exciting prospects that could very well be up in the majors full time next season. Both have show they have the stuff and the offseason trading / contracts could position them for full time duty starting in 2014.

Jackie Bradley Jr.
A very good outfield prospect that we got to admire several times this year. He is on a one year contract and is certain to be kept onboard for possible replacement of departing outfielders. This is a piece of the puzzle that the Red Sox will be using in the 2014 season.

Xander Bogaerts
The Red Sox will hopefully make a serious move with him after 2013, as he is ready to fill some shoes in the infield. He has been everything he was hyped to be, so we say let the X-Man cometh!

Conclusion
There is every reason to hope that the Red Sox can build on what they have achieved this year. If they make a few good moves, fill in the gaps on the pitching staff, sort out their infield, clean up the debris, we have a good chance of a postseason run in 2014.