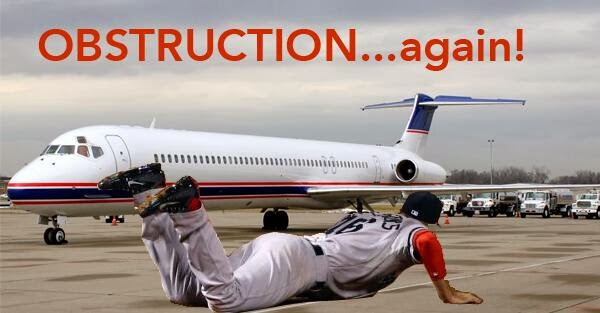 The St. Louis Cardinals charter flight to Boston for Game 6 of the World Series was grounded due to a mechanical problem on the plane.The team was stuck on the broken plane for seven hours while a replacement plane was being sent.

Cardinals manager Mike Matheny had to conduct his press conference via speakerphone.

"We've been sitting on the runway for a while but everybody seems to be doing all right," he said according to ESPN Boston.com. "We're fortunate that our club allows our families to travel with us. We have some younger kids but I'm impressed with how everybody has handled it."

The Cardinals even ordered pizza while waiting to take flight.

In a World Series that has seen more twists, turns and strange finishes, the fact that the Cardinals were "obstructed" on their trip to Boston seems only fitting.