Are the Miami Marlins interested in a potential Will Middlebrooks trade 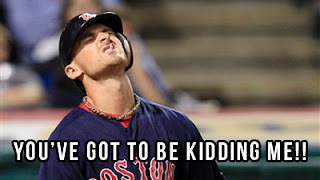 There's always a wild card trade in the offseason and this year that trade could circulate around Red Sox third baseman Will Middlebrooks.

Middlebrooks was the subject of numerous trade rumors towards the end of the 2013 trade deadline, but the Red Sox were steadfast in their denial of moving the young third baseman.

Perhaps the Miami Marlins are willing to call Boston's bluff.

In an interview on Sunday, Marlins general manager Dan Jennings told SiriusXM's Jim Bowden that the club has discussed Middlebrooks with team scouts.

Dan Jennings told us they have discussed Mark Trumbo and Will Middlebrooks with their scouts…they have young pitching available
— JIM BOWDEN (@JimBowdenESPNxm) November 3, 2013


Hold on to your seats, Red Sox Nation. This offseason could get a little nutty!