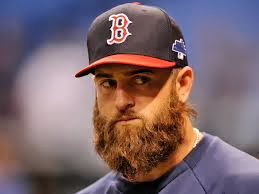 This past season the Colorado Rockies said goodbye to their long time first baseman, Todd Helton. This off season they are being vocal on who they want to take his place. The list is not long but includes Mike Napoli and James Loney, 2 former members of the Boston Red Sox.

Napoli was a key figure in the Red Sox World Series championship this past season but turned down the $14.1 million qualifying offer earlier this week. Napoli hit 23 home runs last season and has hit at least 20 home runs in each of the last 5 seasons. Napoli has a steep asking price this offseason, he is looking for a multi-year deal. It has been rumored that the Red Sox have already offered a single year deal worth more than the qualifying offer that he denied.

James Loney is the other target that the Rockies have. Loney used to play in the National League West division before coming to Boston in the trade with the Dodgers 2 season ago. He has an impressive stat lineat Coors field, hitting .338 with 54 RBI's in 201 at bats in Denver.

What do you think about Colorado going after Napoli? I think that while many teams want Napoli they will be concerned to give him a multi-year deal. What do you think about Colorado, if they are looking at a long term replacement Napoli may not be the best fit. How soon do the Red Sox need to make a push to keep Napoli to stay in Boston before it is too late? Leave your answers in the comments below or tell me on twitter.