Dustin Pedroia will have thumb surgery in "a couple of weeks" 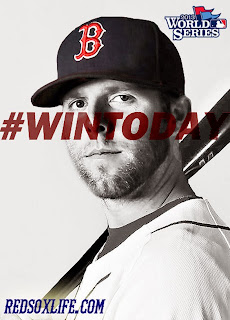 Who knew Dustin Pedroia enjoyed the soft security of a hospital gown over the comfort of a t-shirt and jeans. Not really, but it certainly looks as though Pedey's headed for the former rather than the latter - courtesy of a pesky thumb injury that hampered the Red Sox second baseman all season.

Pedroia announced on WEEI that he expects to have surgery on his injured thumb within the next couple of weeks. The injury, which plagued Pedey through much of the season, has been considered the main culprit for his lack of power production this year.

Despite having the annoyance of a thumb injury, Pedroia was able to put up some serious offensive stats through much of the 2013 year. By the end of the regular season Pedey had recorded a .301 batting average including 9 home runs, 84 RBI and an OBP of .372.

Did I mention the guy had a torn ligament in his thumb?!