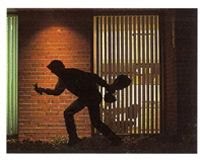 They swooped in like it was a scavenger hunt when officials from Cooperstown started to collect items from the Red Sox clubhouse during the World Series.

I wonder if guys don't start shutting locker doors and stuffing gear under their chairs to hide it when they see them coming?

They nabbed Koji Uehara's spikes that he wore during the World Series.

They snatched the jacket off the hook that John Farrell wore in World Series Game 6.

Was that before or after the champagne baths?

David Ross is looking for his catchers mask but they ran off with that too.

Remember the guy that tried to 'steal' Mike Napoli's glove? Well he got Stephen Drew's and they are saying it was for Cooperstown, but rumor has it that it was the same guy.

Jonny Gomes lost his World Series Game 4 home run bat to these guys, making it a double bat-whammy for Cooperstown. If you hit the ball in this series, then they were looking to score your bat as if it was a ball hit into the stands.

How many bat racks are they going to install at Cooperstown?

Xander Bogaerts is new to this World Series stuff, so nobody told him to lock up his stuff. He lost a pair of batting gloves, but seemed to be more focused on getting his hands on his upcoming Portland Sea Dogs bobblehead doll.

By the way, how cool is that to be just entering professional baseball, signing to play Double-A, earn a promotion to Triple-A, getting a call up in the Fall to the Red Sox, sticking around for the postseason, end up starting all six of the World Series games, and heading home with a World Series ring?

What do you care if they steal some batting gloves?

That is all that they have discovered missing at Fenway Park so far, but they are combing through their inventory just to be sure the rest of this week.

Please report any suspicious characters you might see running away from the Fenway Park area with bulging jackets.