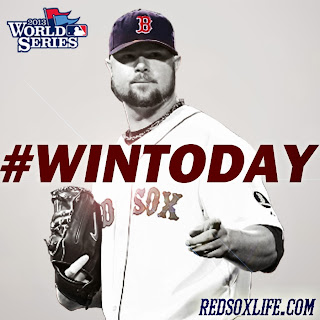 It took less than 48 hours for the 2013 World Series champions to provide the answer, and that answer being, YES!

Lester bounced back from a dreadful 2012 season where he posted a 9-14 record with 68 walks, 166 strikeouts and a 4.82 earned run average. In all fairness, Lester was under the tyrannical reign of one Bobby "It's all about me" Valentine.

His dramatic turnaround in 2013 - specifically the Red Sox playoff run - made picking up his option for the 2014 season easier than slam dunking a basketball over a 5-year old on a 7-foot hoop.

Dang, that was one slick metaphor I just pulled off right there.