The trophy makes it to NYC - the Nation rejoices 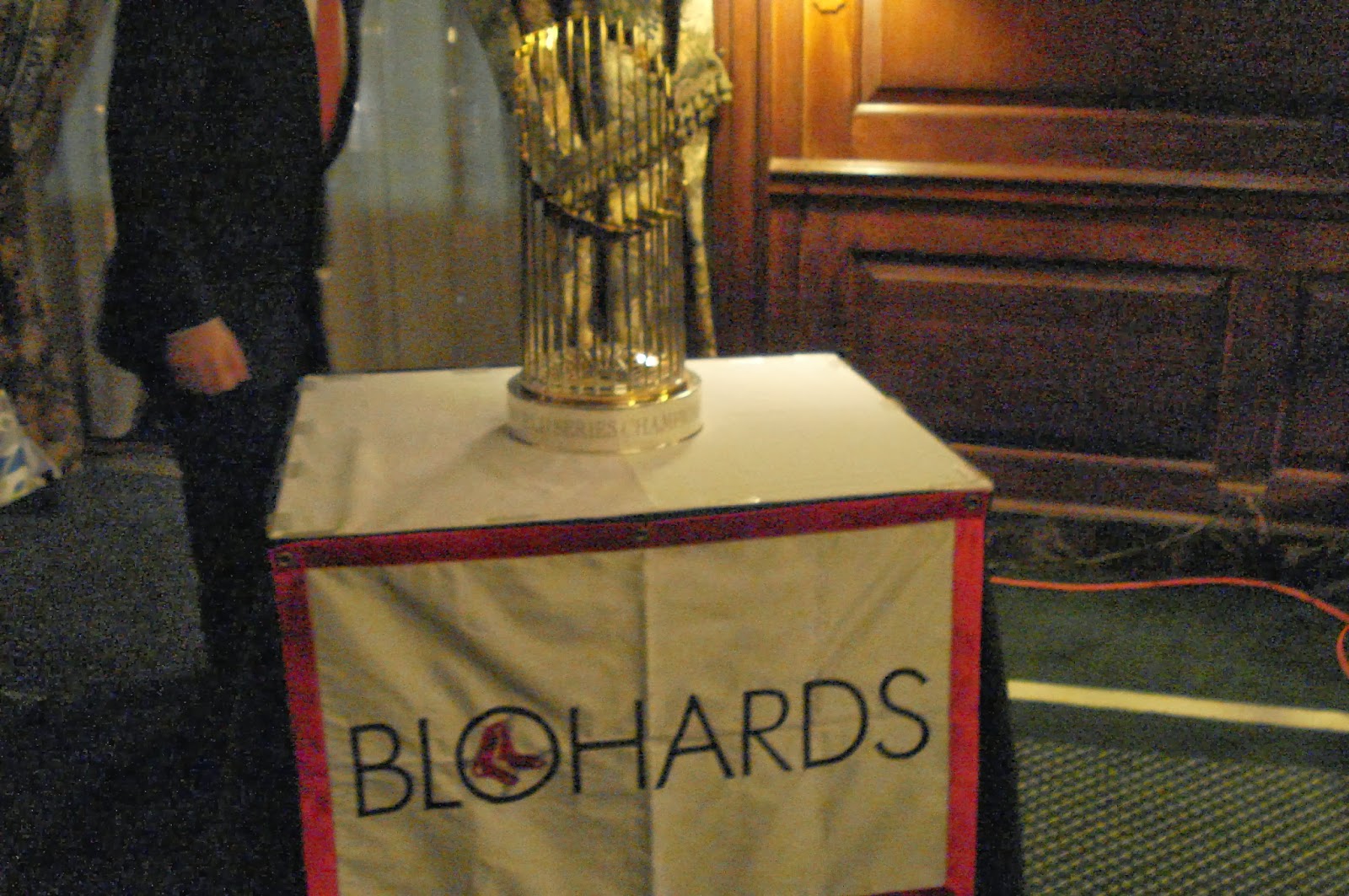 Executive Vice President & Senior Advisor to the President/CEO Dr. Charles Steinberg brought the trophy to a gathering of the BLOHARDS (Benevolent Loyal Order of Honorable Ancient Red Sox Diehard Sufferers of New York), the third such postseason gathering since 2004 in the heart of New York Yankees territory.

Joseph Cosgriff, the BLOHARD Assistant to the Assistant VP - Latin American Scouting (except Venezuela), served as Master of Ceremony with a short speech before giving way to the evening's guest speakers. Singing sensation John Pizzarelli (one of a number of people who beat out this writer as a singer of the National Anthem at Fenway Park) offered up a couple of rousing melodies including "Jacoby Ellsbury" (sung to the tune of "Hooray For Hollywood") and "Sweet Caroline" with a new verse; Chris Wertz, New York Governor for Red Sox Nation, pronounced the state of the nation to be good...on at least five occasions; John Quinn served up World Series-related trivia questions, and Sox PA announcer (who also beat out this writer for the PA job...I sense a theme here) and de-facto poet laureate Dick Flavin honored the 2013 World Series championship with his usual wit. 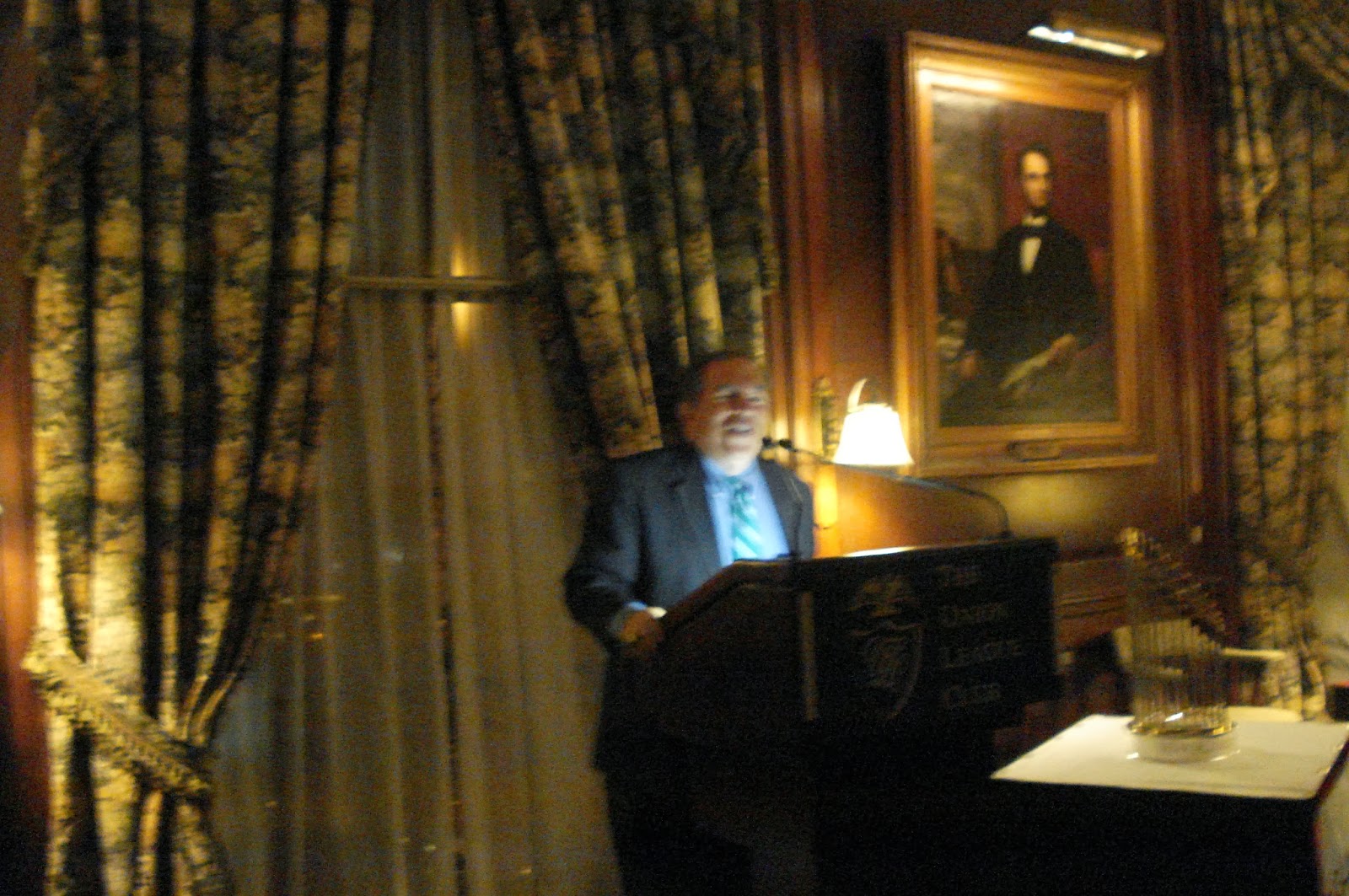 Dr. Steinberg addressed the audience, telling some terrific behind-the-scenes stories of how the team went from total disarray in 2012 to World Series champs in a year. Among the highlights -

1 - the organization moved the Baseball Operations department from the basement of Fenway Park (where the old bowling alley used to be if you're old enough to remember that) to the same level as the other departments, improving inter-office communication and bringing a sense of unity to the front office.

2 - Bobby Valentine may be the poster boy for the debacle that was 2012, but there were other factors as well that needed time to work themselves out.

3 - he completely downplayed the perceived rift between former manager Terry Francona and members of the front office saying that Francona was still very well-liked and the personal relationships he had with members of management were still strong. In fact, Dr. Steinberg pointed out, Francona sat with Red Sox management at a recent wedding of one of the front office staff members. It was also plain from his remarks that ownership in particular felt that "someone with an agenda" (Dan Shaughnessy anyone?" had been more responsible for some of the juicy parts of Francona's book.

4 - he doubted Jacoby Ellsbury would be signed by the team to a huge contract in terms of years and money.

5 - David Ortiz's "F-bomb" back in April at Fenway Park may not have been as impromptu as originally thought.

Everyone in attendance was also able to get a photo of themselves with the trophy, and one young man in particular was able to try on both of Dr. Steinberg's World Series championship rings. 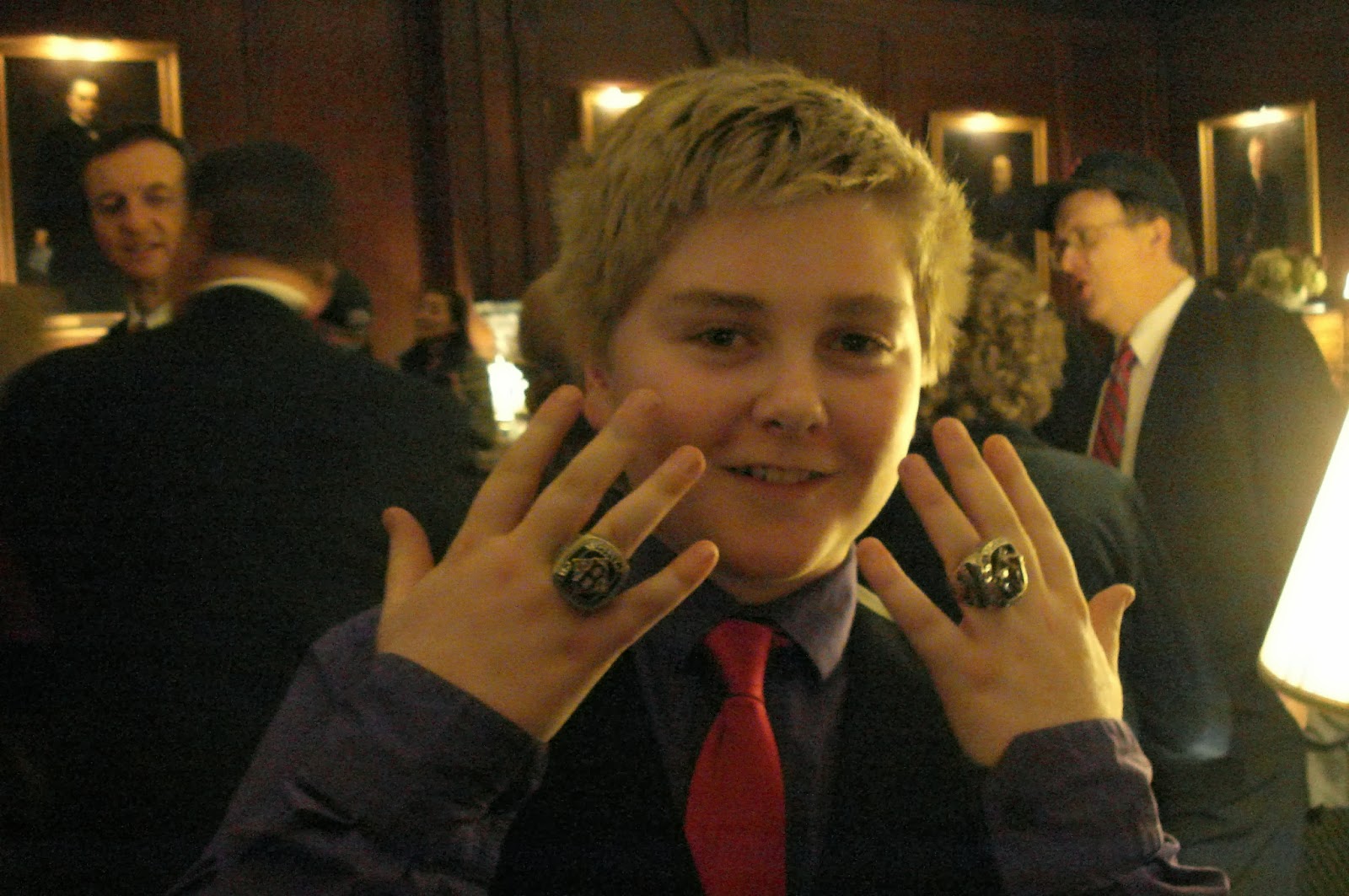 To see more pictures, check out this photo album on the Red Sox Life Facebook page.