RSL Showdown: The Curious Case of Dan Le Batard and the Baseball Hall of Fame 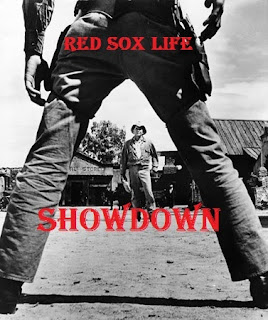 Red Sox Showdown is an occasional feature that pits two Red Sox Life contributors in a one-on-one debate. This week RSL writer's Pete Lepak and The Guru tackle the topic of the Baseball Hall of Fame and Dan Le Batard's decision to "sell" his Hall of Fame vote. 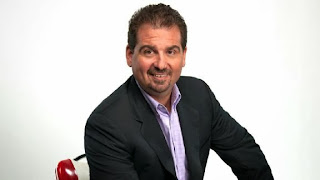 ESPN’s Dan Le Batard had a vote in this year’s baseball Hall of Fame, and instead of listing who he thought were the best players to make it in, he instead listened to the public and let them decide. Le Batard said that as a protest to the way the baseball writers were failing to vote for the deserving players from the steroid era, he would literally give his vote away to the website Deadspin to let the readers of the website decide. Much like many of his reader’s beliefs, I think Le Batard’s protest did exactly what he was hoping for.

As a punishment, the Baseball Writers Association of America (BWAA) removed Le Batard’s voting privileges, something that was fully expected by the ESPN employee. Le Batard took a dangerous stand, but it wasn’t for nothing.

"I don’t like how they do business over there at the Hall of Fame," Le Batard said on a recent Mike and Mike Radio Show, adding, “Some of the rules in place are silly. There are people more qualified to do this than I am. It shouldn’t just be a bunch a baseball writers protecting the museum and protecting a piece of their own identity.”

LeBatard is right. In a year where voters made a large statement by failing to vote for men in the steroid era, the class of 2014 is again without Barry Bonds, Roger Clemens, Curt Schilling, Jeff Bagwell and many more talented players who are more than deserving of their spot in Cooperstown. “(It) bothers me that many people listed… are not in right now.”

Let’s face it, the system is broken. Greg Maddux, 355 wins, 18 Gold Gloves and all, should have been a unanimous vote. Instead, only 97% voted for Maddux. Some people in the BWAA have unwritten rules (don’t vote for people in who are on the ballot for the first time, don’t vote for steroid users, don’t vote for people they think took steroids) and it hurts the integrity of the Hall of Fame. Dan Le Batard’s decision has created a storm and the hope is that the BWAA might have listened to the uproar in time to fix this mess. I applaud Dan Le Betard and his radical idea to stand up for change; the hope is that people raise their ears and listen.

Le Batard was wrong: The Guru 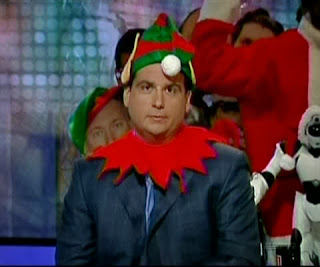 Dan Le Batard is a big fat idiot. How's that for a lede? Congratulations, Le Batard. You are a brilliant, new radical baseball brain that blew your Hall of Fame vote and drew all the attention to yourself.

I will admit, my Red Sox Lifers, I absolutely loathe the Hall of Fame voting process. And I use the term “process” lightly. I am, however, a baseball fan and a fan of the Baseball Hall of Fame in Cooperstown. It’s an amazing museum of not only baseball’s past, but American history.

That’s why Le Batard's decision to pimp out his Hall of Fame vote has me so ticked off. Obviously, the system is broken. Writers should not be voting on anything. They are supposed to report the news, not make it and Le Batard chose to make himself the story.

The system may be ego-driven, biased, antiquated and quite honestly, a joke, but the biggest joke of them all is the P.T. Barnum of Miami known as Dan Le Batard. ESPN’s attention seeking blowhard “sold” his vote to the gossip website Deadspin for a few minutes in the headlines. There was more talk last week about the Le Batard publicity stunt than the actual baseball players that got inducted – Greg Maddux, Tom Glavine and Frank Thomas.

Le Batard has a number of high-profile platforms to spew his mindless word drool - the Miami Herald, his fan-boy radio show and his ridiculously low rated TV show "Highly Questionable." Le Batard could have used any and all of these to take a real stand on the Baseball Hall of Fame voting process if he truly believed it is broken. Even Le Batard's peers at "The Mother Ship" had a hard time defending him. Michael Wilbon of "Pardon the Interruption" said, "It is so sanctimonious for Le Batard to offer up this garbage." Tony Kornheiser added, "This is egotism run amok."

The BBWAA has since banned Le Batard for life from ever voting again. That's a start. There's plenty more self-righteous, attention-seeking scribblers that deserve the boot as well.