A-Rod Signs with the Red Sox- ESPN's The Deal 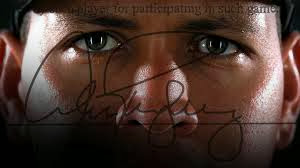 In 2003, with Boston just weeks removed from the collapse in the ALCS to New York (thanks Aaron Boone), Red Sox front office has a brilliant idea to trade Manny Ramirez, Jon Lester and Nomar Garciaparra for baseball's best player, Alex Rodriguez. Not only did A-Rod have a squeaky clean image, but he could hit for power and play great defense at short stop. This was the deal that was going to finally give the Sox the edge in 2004.

Unfortunately, the deal didn’t work out for Boston. The deal had to include a restructured contract where Rodriguez was essentially signing for less money, and the MLB Players Union wanted none no part of that, as they thought it was set a precedent that could affect players' contracts in the future as well.

Weeks before the 2004 spring training, Yankees third baseman Aaron Boone hurt himself playing a pick-up game, and of course, New York was in need of an infielder. The Texas Rangers saw an opening in New York for Alex and they worked a trade to make Rodriguez the newest Bronx Bomber. The Rangers were told they could have almost any Yankee minor leaguer in exchange, and instead of choosing the unknown Robinson Cano, they went for Joaquin Arias. Dumb luck. Rodriguez went on to a career filled with ups and downs. While he hit 309 homeruns for New York in his ten years in pinstripes, he is suspended for the 2014 season for his involvement with Biogenesis. At 37 years old, his future in baseball is in jeopardy. Meanwhile, the non trade turns out to be the best deal possible for Boston, as they go on to win three World Series in the next ten seasons. Imagine what this team would have done with A-Rod at short. Do you think they would have been better? Let me know what you think.

ESPN made a short 30 for 30 film about The Deal. Watch all the details, including interviews with Theo Epstein, Jed Hoyer and Brian Cashman.
Watch the short ESPN film here