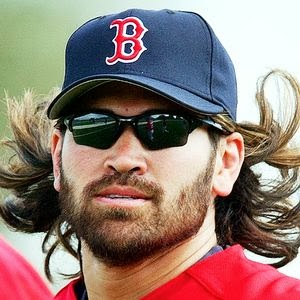 Johnny Damon turned 40 in November, but doesn’t have any intentions of leaving the game of baseball. Although he’s not likely to be picked up by a team to roam the outfield, Damon has his sights set on changing roles in the clubhouse.

Despite not having played for a Major League team since August 2012, Damon told the Tampa Bay Times this week that he would like to either play or manage in the big leagues. Perhaps it was taken out of context that Damon wants to manage a Major League team this season – he’s not the managerial type like a Brad Ausmus or Mike Matheny.

Surely, most Major League teams would prefer Damon to begin managing with a Minor League club and prove his worth before he starts filling out MLB lineup cards.

Damon played a key role in helping the 2004 Red Sox break the Curse, crushing two home runs, including a grand slam, in Game 7 of the ALCS at Yankee Stadium. The Sox, as you well know, went on to win their first World Series in 86 years. Damon, who was one of the self-proclaimed “Idiots,” later went on to sign a contract with the Yankees, ending most Red Sox fans’ love for the former center fielder.