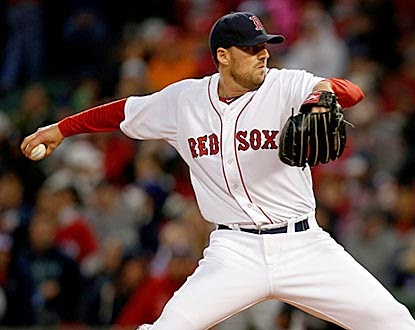 The Red Sox have won 3 in a row now against the Atlanta Braves, and they'll look to complete the 4-game sweep of this home-and-home series tonight behind Jake Peavy (1-2, 4.65 ERA). Peavy has struggled of late, giving up 5 runs in each of his last 3 starts. The walks have piled up so far for Peavy, as he has given up 28 so far this year - he'll look to rectify that tonight against the Braves. He'll be matched up against Mike Minor (2-3, 3.90 ERA), who has given up 6 home runs and 5 solo shots. The Red Sox offense, which has scored 18 runs against Atlanta, will look to exploit that weakness in Mike Minor's game. They'll have to do so without slugger David Ortiz, though, as Ortiz is a precautionary scratch according to manager John Farrell. A.J. Pierzynski will be taking over Ortiz's DH duties tonight and David Ross will be behind the plate tonight.

The last time Peavy pitched, the Red Sox offense gave him an early cushion against the Tampa Bay Rays, but Peavy allowed 3 runs in the 5th and let Tampa back into the game. He'll be looking to avoid a repeat of that tonight against Atlanta tonight.