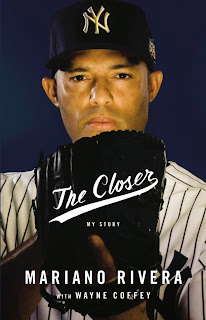 Former New York Yankees legendary closer Mariano Rivera has a new autobiography out aptly titled The Closer and it's raising some eyebrows from NYC to Seattle.

In the new book released Tuesday, the future Hall of Famer says that he would take Red Sox second baseman Dustin Pedroia over former teammate Robinson Cano if he had one game to win.

Rivera, who is not one to stir the pot, writes:

"Nobody plays harder, gives more, wants to win more. He comes at you hard for 27 outs. It's a special thing to see. If I have to win one game, I'd have a hard time taking anybody over Dustin Pedroia as my second baseman."


As for Cano - who bolted the Bronx for Seattle - baseballs all-time saves leader may be a little bitter about the treasonous second baseman:

"I don’t think Robby burns to be the best... You don’t see that red-hot passion in him that you see in most elite players."


Ouch! Might as well just called the $240 million Cano an overrated sell out.

Red Sox skipper John Farrell was asked about the quote and it's clear he knows what he has in Pedroia.

"Not surprising. I think [it's] an incredible compliment from your opponent across the field, and maybe allows us to take a step back and really appreciate - I don't want to say what we take for granted, but what we see day in and day out."


Don't think for a moment Red Sox Nation takes Pedroia for granted. Cano may have the 30 homer, 100 RBI seasons, but what Boston has - and Rivera may have finally realized - is a winner.