Justin Masterson limited the Red Sox to no runs on just 3 hits over 7 innings as the Cleveland Indians ended Boston's winning streak at 7 with a 3-2 win at Progressive Field.

Masterson ran into trouble once when the Red Sox loaded the bases with 2 out in the bottom of the first inning but he struck out Jonny Gomes to end the threat. He struck out 10 in improving his record to 3-4.

John Lackey took the loss for Boston, falling to 6-4 on the year. He gave up 2 first-inning runs on a 2-out, 2-RBI single by Lonnie Chisenhall; Cleveland added another run in the bottom of the 3rd on an RBI single by Asdrubal Cabrera. 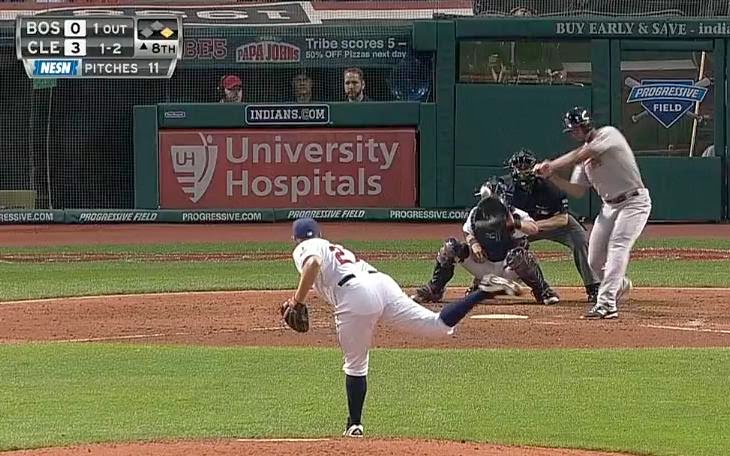 The Red Sox made it close on Xander Bogaerts' (pictured) 2-run home run to right center in the top of the 8th inning, his 4th round-tripper of the season.

The game marked the return of Stephen Drew to the team. He went 0-2 with a walk.