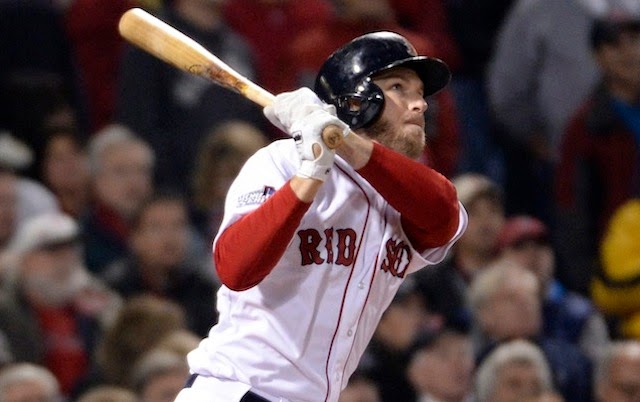 Yes, that's right, Red Sox Nation. Stephen Drew will be making his long-awaited return to the Red Sox lineup tonight at Progressive Field in Cleveland against the Indians. (Yes, there was a little sarcasm there). That means Garin Cecchini got the short stick and was sent back down to the farm. Xander Bogaerts will move over to 3rd while Brock Holt stays at 1st for the time being to make room for the returning Drew.

More importantly, the Red Sox now look unstoppable (knock on wood), as they have now won 7 straight going back to last Monday. That's 2 straight sweeps - 4 against the Atlanta Braves and 3 against division rivals Tampa Bay. The Red Sox will look to extend that streak to 8 games behind John Lackey, who has been one of their most consistent starters, and red-hot leadoff man Brock Holt, who hit 4 doubles yesterday. The Sox lineup will look to take advantage of a struggling Justin Masterson (2-4, 5.21 ERA), who has given up 18 runs in 4 starts, causing his ERA to ballon to over 5. John Lackey, meanwhile, has a 6-3 record and a 3.27 ERA. That includes a 1-1 mark and a 2.41 ERA with 16 K's in his last 3 starts. Lackey has a 7-7 record against Cleveland, with an ERA of 3.98 and 91 K's in the past 10 years, so he's had some problems against Cleveland.