If you're only going to get three hits...and you still expect to win the game...you better make those hits count. 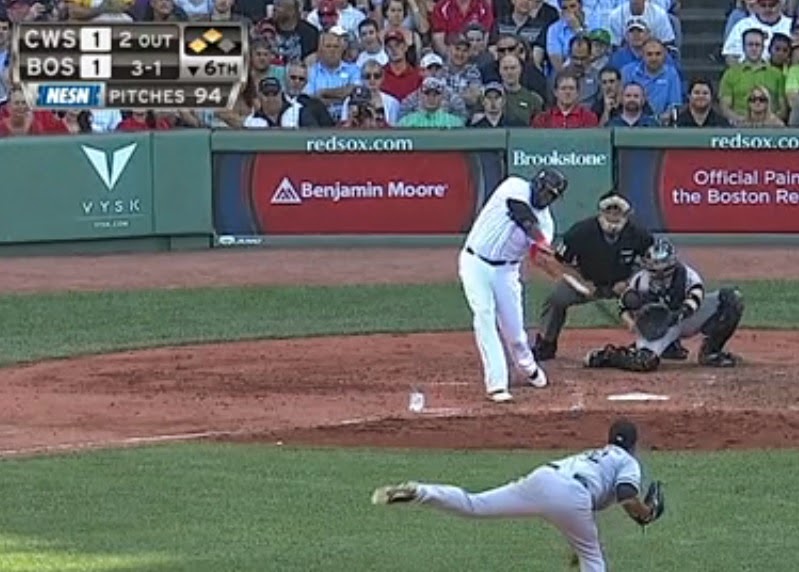 A pinch-hit single by Mike Carp in the bottom of the tenth inning - just the third Boston hit of the game - drove in Daniel Nava to give the Red Sox a 4-3 win over the Chicago White Sox on Thursday afternoon at Fenway Park.

After the Red Sox had rallied in the bottom of the sixth inning to take a 3-1 lead, Chicago tied the game 3-3 in the top of the ninth inning on Conor Gillaspie's two-run homer wrapped around the Pesky Pole off Red Sox closer Koji Uehara.

Jon Lester was dominant, holding Chicago to just one first-inning run on seven hits and no walks while striking out twelve. He needed to be near-perfect, too, as Chicago starter Jose Quintana didn't allow a base runner until Stephen Drew and David Ross walked to start the sixth. Jackie Bradley, Jr. followed with a single to drive home Drew and two outs later, David Ortiz (pictured) chased home Ross and JBJ to give the Sox a 3-1 lead.