An RBI infield single by Chris Carter scored the decisive run as the Astros edged the Red Sox 3-2 in Houston on Saturday afternoon. 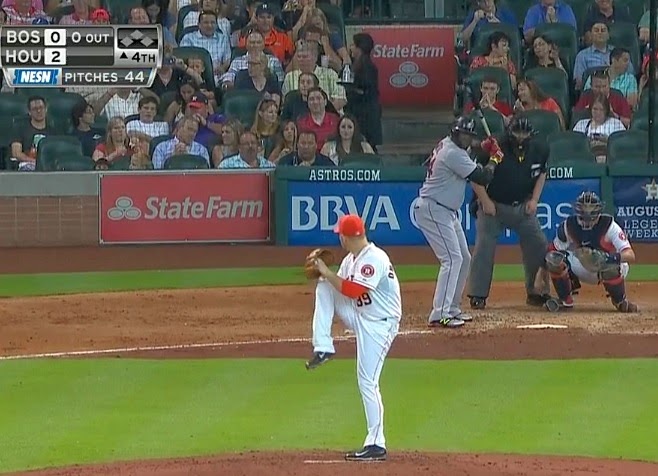 Jake Peavy pitched well but took the loss. He was charged with all three Houston runs on six hits and one walk over seven-plus innings. He struck out nine in a performance that is more than likely going to attract more attention from a National League team in search of a good starting pitcher at the trade deadline later this month.

The Red Sox runs came on a David Ortiz solo home run in the top of the fourth inning and an sacrifice fly by Dustin Pedroia in the seventh.