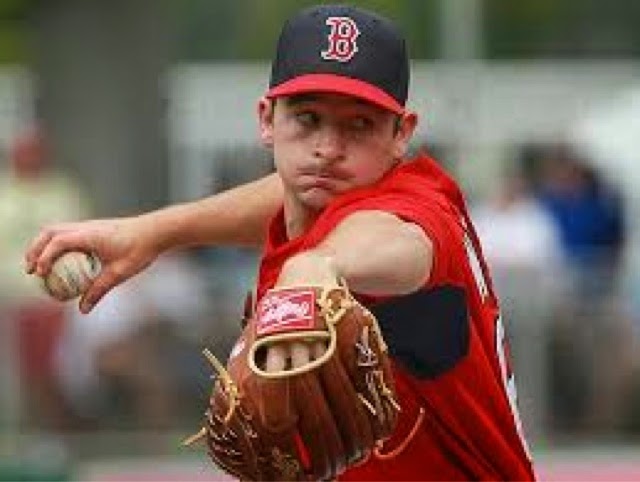 St. Petersburg , FL- Amazing how two teams in the same division are going in such opposite directions. Tampa Bay is looking for their tenth win in a row, while Boston has now lost 5 straight. Boston sends AAA star Allen Webster, who has been one of the most consistent starters on a very good Pawtucket team, and he faces Chris Archer, who is 6-5 with a 3.31 ERA including a 3.19 ERA at home. In Archer's only start against the Sox this season, he was tagged for five runs in 4 2/3 innings.
The Red Sox have decided to sit the ailing Mike Napoli and Xander Bogaerts and have shuffled the lineup a bit to see if anything can give this team life again. Mike Carp and Brock Holt will take their places. Carp has only 95 plate appearances this season with the Sox and has requested a trade so that he could play more somewhere else. His wish should be granted by the trade deadline, as this year's Red Sox aren't going anywhere.
The starting lineup for today's 1:40pm game is:
1) Holt 3B
2) Nava RF
3) Pedroia 2B
4) Ortiz DH
5) Victorino RF
6) Carp 1B
7) Drew SS
8) Vazquez C
9) Bradley CF
For more Red Sox tidbits, follow me on twitter @red33sox