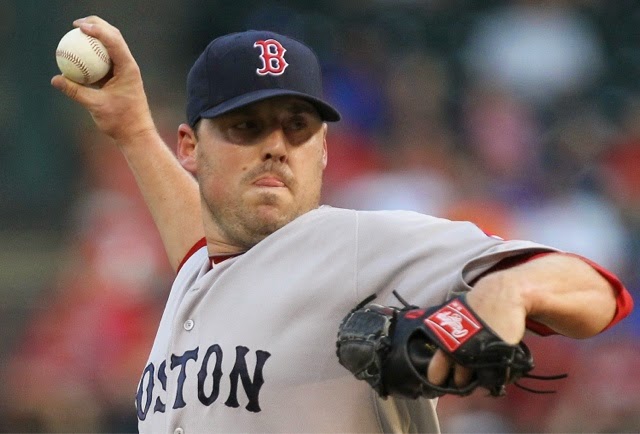 St. Petersburg, FL- Boston plays tonight in the second game of a three game series against the Tampa Bay Rays. John Lackey is looking for his 150th career win when he faces the right handed Jeremy Hellickson, who just was recalled today from AAA. The Red Sox have lost four straight and Tampa Bay has now won eight in a row. While both these teams have been sitting at the bottom of the AL East for a while now, they do seen to be going in different directions as July winds down.
Although Shane Victorino has been hitting well since his return from the DL, the basement dwelling Red Sox do not have any reason to burn him out, so he will sit tonight in favor of Brock Holt. Boston also made a move today, sending  starter Jake Peavy to San Francisco for two minor league relief pitchers with high ceilings. I believe this is only the beginning of the moves for Boston, as they are starting to look for contracts of older players to dump. Jon Lester could be next, as it was reported that the Dodgers were inquiring about a trade for the lefty. The trade deadline is July 31, so there is a only a few days left to move pieces. The Red Sox are now finally looking like a team that is selling.
Tonight's starting lineup for Boston
1) Holt RF
2) Pedroia 2B
3) Ortiz DH
4) Napoli 1B
5) Nava LF
6) Drew SS
7) Bogaerts 3B
8) Bradley CF
9) Vazquez C
For more Red Sox tidbits follow me on twitter @red33sox