Friday everything is going to be all Wright 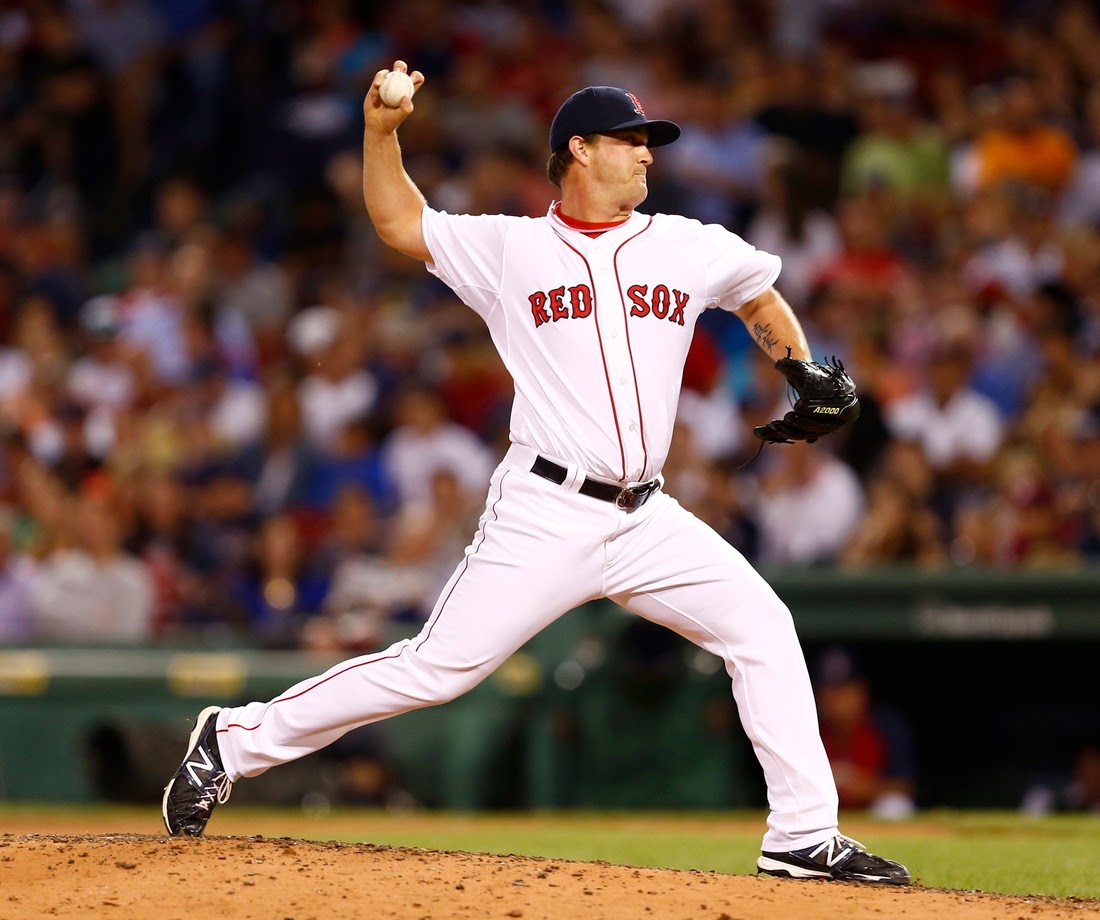 When we project for the starting roster of the Red Sox in 2015 you hear many names, but not one of them is ever Steven Wright.

No we are not talking about the comic, we are referring to the Red Sox knuckleball pitcher.

He as evolved in the Red Sox system into something rather special.

Wright has spent the last three seasons working down in Triple-A, winning the title every single year.

The Red Sox have brought him up the last two years and given him a shot to contribute. Last year it did not really flourish into anything stable, but this year he has been one of the best candidates under evaluation so far.

He has a 3.38 ERA with 18 strikeouts and just two walks in 16 innings spanning five appearances. Among all the Red Sox starting candidates — De La Rosa, Workman, Ranaudo, Webster and now Wright — he’s shown the most consistent ability to get swings and misses and throw strikes.

This week the Red Sox decided to shut down De La Rosa as he has gone too far past his limit this season. "As much as we wanted to continue to start him, to not shut him down, he’s at an innings threshold or an innings amount right now that’s been a sizable jump over last year," said Farrell.

It was announced that Wright would get the series opener against the Yankees this Friday as the Red Sox could not ignore his stellar performances of late.

Wright is feeling very comfortable this year while remaining an approachable fan favorite and was the last Player Fan Photo opportunity this year at Fenway.

"I definitely feel more comfortable than I was last year," said Wright, who went 8-7 with a 3.46 ERA in 24 starts with Pawtucket in 2013. "I still have a lot to learn with (the knuckleball), but what I've done this year compared to what I've done last year, I think I’m definitely going in the right direction."

He has changed his approach to the use of his flutterball, drastically adjusting how he attacks hitters this season.

"Last year I was pitching away from contact, more swings and misses," said Wright. "This year I want … every time I throw it, I want them to put in play, minus a couple times. Maybe 0-2 I’ll try to get a swing and miss but for the most part every time I throw a pitch I want it to be right down the middle and maybe they'll mishit it."

It seems to be working.

Manager John Farrell noted that Wright is effective this year, but for another reason. “A couple of things quickly stand out,” Farrell said, “He’s developed a good feel for changing speeds on his knuckleball.

That ability to change speeds is an undervalued aspect.

Wright doesn't throw just one standard knuckleball — he throws three different variations, along with a fastball and curveball. His knucklers range between 72 mph and 80 mph, and his curve can dip as low as 61 mph.

"This year, I've definitely been concentrating more on trying to throw three knuckleballs: a harder one, a regular one, and then a slower one," Wright said. "I feel like you can make it three different pitches. This year, I've concentrated more on throwing the slower one versus the harder one — it’s just like a fastball and a changeup, but for me it’s a knuckleball. So if I can do that, I like to get them out front. Even if (hitters) don't take it, it kind of disrupts your timing maybe enough to when I throw my regular or harder one, maybe it gets in on them a little bit."

Get ready Red Sox Nation, this Friday you will get the chance to watch in wonder as you see three different knuckleballs from Wright and his sickeningly slow curveball as he starts against the Yankees.

We are in for a real pitching treat and potentially his last audition for a spot in the 2015 Red Sox rotation. Wright seems to relish the fact that he is making life hard for the decision makers.

"I just want to be on the team. That’s what my ultimate goal is, to be in the major leagues," Wright said. "I want to do whatever I can to do to make it a hard decision for them."

It seems like Steven Wright has enough Triple-A championship rings, don't you think?