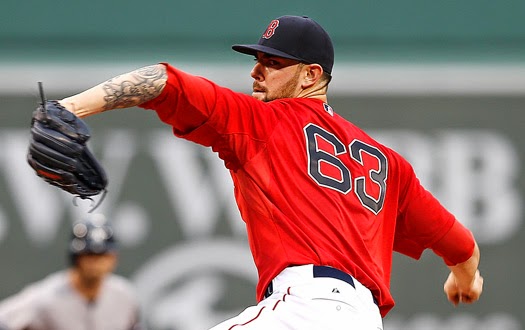 All eyes will be on ANothny Ranaudo, who is pitching for a spot in next year's rotation. And make no mistake, he could well end up there after he allowed 3 runs in 5 1/3 innings against the Yankees in his last start on Thursday and saying that was the most comfortable he's felt at the big-league level. He'll be looking to build on that tonight, with his mind firmly set on a rotation spot next year. As for the offense, they'll look to reverse Tillman's recent success on Pedro Martinez bobblehead night and temporarily delay Baltimore's seemingly inevitable division crown, which would be their first since 1997.