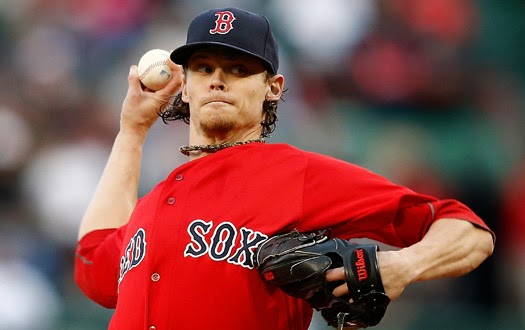 If the Red Sox spoil Derek Jeter's last game, this whole season will be worth it...Ok, I'm kidding. But the Red Sox will be looking to end this season on a high note and spoil the last stop on the "Jeter Farewell Tour" at Fenway today. The Red Sox will send Clay Buchholz (8-10, 5.31 ERA) to the mound against Michael Pineda (4-5, 1.93 ERA), who will be returning to the scene of the pine tar incident.

Pineda has posted a 1-1 mark in his last 3 games, with a 2.25 ERA and 15 strikeouts in 20 innings pitched, while Clay Buchholz will be looking to build a little extra momentum going into the off season. He's had his struggles in the last few starts (1-2, 5.50 ERA, 16 K's in 18 IP), but those starts aren't entirely indicative of how he's been pitching lately. In his last start, he pitched well for 7 innings then collapsed in the 8th, so he'll be looking to replicate that performance (minus the 8th inning meltdown, of course).

The Red Sox lineup will be looking for another offensive outburst similar to what they did last night when they put 10 on the Yankees. I doubt Sox fans will be able to erase the frustrations from this season, but an offensive outburst against the Yankees on the last day of the season will help somewhat.