Matt Joyce's 10th-inning single off Red Sox reliever Burke Badenhop lifted the Tampa Bay Rays to a 4-3 win over Boston at the Trop on Monday afternoon.

The loss was the 11th in extra innings for Boston, a stat that leads the majors in 2014. 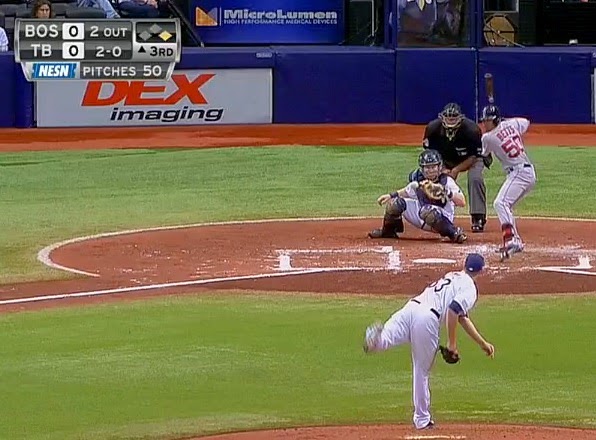 The Red Sox jumped out to an early 1-0 lead in the top of the third inning on an RBI double by Mookie Betts (pictured) that scored Christian Vazquez.

The Rays grabbed a 3-1 lead in the bottom of the inning with an RBI double by Wil Myers and a two-RBI single by Evan Longoria.

Mike Napoli cut the lead in half with a solo home run in the fourth and the Sox tied the game in the eighth on a Yoenis Cespedes RBI single.

Rubby De La Rosa started for Boston; he was charged with three runs on six hits in 5.1 innings. He struck out four and didn't walk a batter.