The Red Sox slammed three home runs to back Joe Kelly's 6.2 innings as Boston beat the Yankees 9-4 in the opening game of their three-game series in the Bronx on Tuesday night. 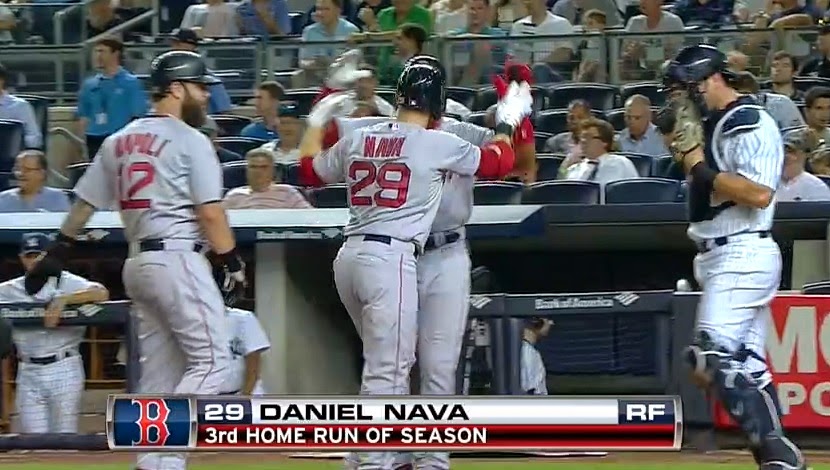 Daniel Nava (pictured), Xander Bogaerts and Mookie Betts all went deep as the Sox jumped out to a 6-0 lead with two in the first inning and another four in the third all charged to Yankee starting pitcher Shane Greene

The Red Sox pounded Yankee pitching for twelve hits. Bogaerts led the team with four; Betts and Yoenis Cespedes had three apiece. For Bogaerts it was the first four-hit game of his career.

Kelly allowed the three New York runs on five hits while walking four and striking out six to earn his first victory as a member of the Red Sox.