The Boston Red Sox need to make every effort to sign Japanese pitcher Kenta Maeda.  In recent years, there have been many successful pitchers that have come from Japan, like Yu Darvish.  The Sox really need a number one or two starter.  Their rotation has been horrible since the Jon Lester trade, but if we can get Maeda this would help solve one of our problems in the rotation. 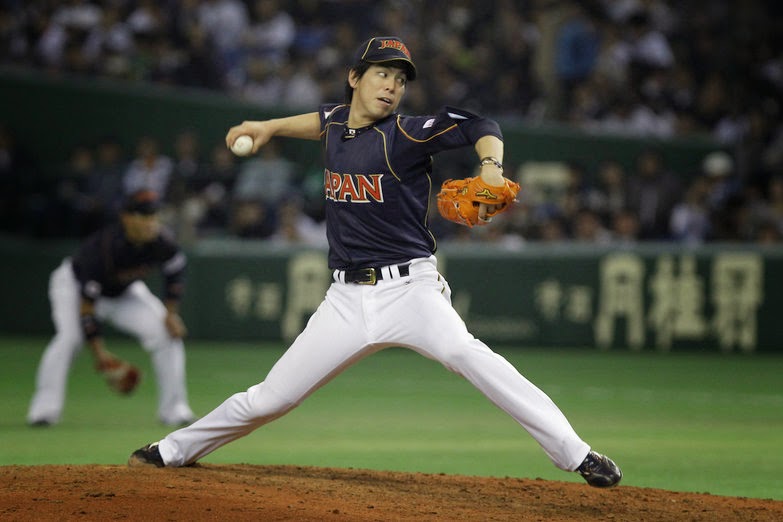 We also will need to acquire a starter from free agency. With those two additions, we would have a decent rotation.  This is something that needs to be a main priority because good pitching beats good hitting any day.

This is why the Sox need to target Maeda.  He could be the opening day pitcher who the Red Sox currently do not have.  He has been an ace for his team every season.  Even though the Sox do not like to give big contracts to pitchers, it seems like they are serious about playing a major role in signing Maeda.  If the Sox want to contend next season, Maeda needs to be signed.  The Sox should also look at signing guys like Ervin Santana or James Shields because they would bolster their rotation. The Red Sox can contend in 2015, if they make pitching their priority in the offseason.

Stats and photo from overthemonster.com