Should the PawSox move to Providence? 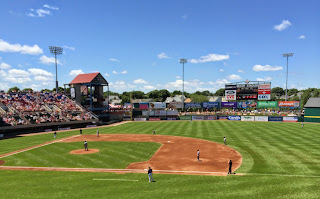 The PawSox have been in the news recently as the team has been sold to an ownership group including Larry Lucchino and James Skeffington among other investors. The new ownership group is planning to relocate the team to Providence for the 2017 season. They are looking to build a new waterfront stadium that would also have a view of the Providence skyline.

James Skeffington, a local Rhode Island man and an emerging voice for the new ownership group, believes the time is now for a move to Providence. “We have great nostalgia for Pawtucket, but in all honesty, times have changed,” he said. “Ballparks have changed. Designs have changed. McCoy is the oldest stadium in the Triple-A International League. Most of the stadiums have been built since 1990 or something, many of them in the last five years."

A state of the art stadium would be nice, but would also be very pricey. As Skeffington noted, recent minor league stadiums have been built for roughly between $60-70 million. It could cost taxpayers big time.

Providence is not the most spacious city so finding room for the stadium may prove to be difficult. In addition, this could also make parking a nightmare on game days. Recent reports have suggested that the area formerly occupied by I-195 could be a target area for the new park. 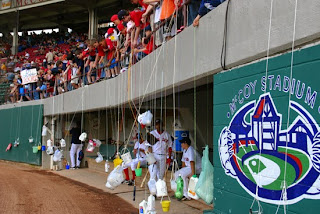 While a new city and a new park are big splashes this new ownership group wants to make, the city of Pawtucket receives the cold shoulder in this scenario. The Triple-A affiliate of the Red Sox had called Pawtucket their home since 1970. McCoy Stadium will soon be kicked to the curb just as many of the other old stadiums in the game. It is truly sad that the PawSox will be leaving their stadium, a place that has seen it all from a 33 inning game spanning 3 different dates, to countless future MLB All-Stars, and even to milk cartons dangled over its railings in the hopes of autographs.

McCoy may not be as flashy as new parks are but it is a nice place to catch a ballgame. If the Boston Red Sox aren't playing that night, McCoy is definitely where I want to be. The stadium has a nice friendly atmosphere and does not have a bad seat in the house. Sure, the place is old by today's standards but there is nothing wrong with an older stadium. If it isn't broke, don't fix it. McCoy wasn't broken. Unfortunately for Pawtucket, new ownership saw a better opportunity to make money elsewhere and pounced.

Personally, I am indecisive as to whether or not I like the move. A new stadium would be nice but I truly believe the PawSox belong in Pawtucket. Since I cannot decide, I will leave it up to the fans to debate. Is a new ballpark in downtown Providence worth moving from McCoy Stadium in Pawtucket? Vote in the poll below, reach out to me on twitter @Ian_Vescera, or comment below.