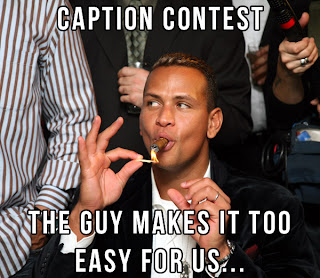 Friday was just another day in baseball. No sloppy celebrations, no dancing in the streets, and certainly no recognition for one of the most recognizable cheaters in MLB history. And yet, Friday became a day to remember.

No, not because Alex Rodriguez hit his 660th home-run, but as a sobering reminder of baseball's ugly (recent) steroid past. Yet, there are some who believe a celebration was in order.

The Boston Herald's Steve Buckley wrote an article on Monday pleading for Red Sox management to issue Rodriguez an apology for their apathetic view of his 660th home-run.

So there it was, a moment in which A-Rod had equaled the career home run output of a man widely believed to be the greatest all-around player in the game’s history, yet the Red Sox did nothing to acknowledge the achievement. No announcement, no message on the center field flat screen. Nothing.

You could argue that everyone in the park knew what had happened, given the amount of publicity A-Rod had been getting as he closed in on Mays. But that’s not the point. The Red Sox routinely reference the in-game achievements of opposing players, and in that spirit they owed it to A-Rod to do something.

By not doing so it makes it look like the Red Sox are complicit with the Yankees in sticking it to Rodriguez.

Sorry Steve, but I'm gonna disagree with you here. There's no denying the game is different now. Records will never be regarded in the same pristine light as they once were, and those who break them (whether linked to steroids or not) will always be looked at with a healthy helping of skepticism. But does that mean baseball is obligated to celebrate the milestones of those who admitted (FINALLY) to cheating their way to the top? Hell no!