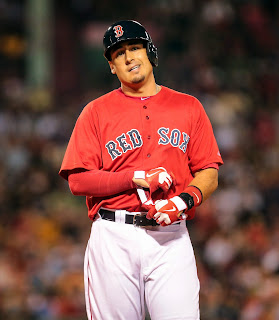 Tonight the Sox look to get back on track with Rick Porcello (2-2 5.34) on the mound. He came away with a victory last Wednesday against the Blue Jays, going 7 innings and only giving up one run. Tonight he will be going up against the Rays and his former Tigers teammate, Drew Smyly, who is still looking for his first victory of the 2015 season (0-0 3.38). First pitch is set for 7:10 pm.

Porcello won't have the Sox hottest hitter in Hanley Ramirez, who sprained his left shoulder after slamming into the left field side wall while attempting to make a pretty impressive catch by his standards. Replacing Ramirez in left is Allen Craig, who hasn't gotten consistent playing time in Boston since he was acquired last July from the Cardinals. He was one of the best hitters in the game just a couple of years ago and was one of the more dangerous hitters with runners in scoring position, a spot where the 2015 Red Sox have struggled so far, hitting only .220 (48-218).

The Sox lineup for tonight is: