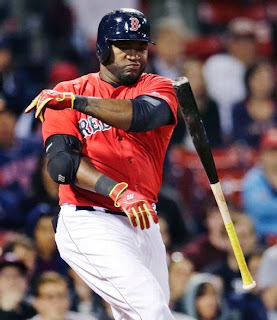 With Rusney Castillo in Friday's lineup, many Red Sox fans had high hopes heading into the game. Those hopes were quickly erased following a 9 run 5th inning by the Angels. The Sox went on to lose 12-5. This loss dropped the Sox record to 19-23 and they have now lost 3 straight. Boston's home record fell to 8-12 with the loss. Following the Angels rout of the Red Sox, a frustrated Dustin Pedroia met with reporters.

The Red Sox now have the worst run differential in the American League at -42 runs. Despite mustering up 5 runs last night, it was only the 4th time this month where the Red Sox have scored 5 or more.

All three facets of the Red Sox game are not working right now. The fielding, hitting, and pitching all need to improve and Pedroia knows it.

“It’s baseball. You can’t flip a switch. You’ve got to put the work in and play better," Pedroia said. “We’ve all been around long enough to know that doesn’t work.You have to show up day in and day out and have the right process. If everybody plays together then we’re winning," added Pedroia. "Right now all aspects of our game aren’t together and when they aren’t together you’re not going to win.”

How can the Sox improve?

Thoughts on the Red Sox poor play?
Comment below or reach out to me on twitter @Ian_Vescera
Click here to read more posts by Ian Vescera.
Photo from espn.com
Stats from baseballreference.com