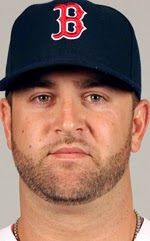 The Red Sox will look to shake off the beat down they received yesterday and bounce back against the Twins at Target Field tonight, first pitch is at 8:10 pm. The Twins have the best home record for any AL team at 15-6 and will be sending out Mike Pelfrey (3-1 3.00) to start against the Sox and Clay Buchholz (2-5 4.58)

Pelfrey has had a solid season so far but has been a bit wild at times, he's hit 7 batters which leads the league and has had only one start this season in which he has not walked a batter. He's had three starts at home this season and is 1-0 with a 2.35 ERA and will try to get his team closer to the first place Royals, who they trail by 2 games.

The Sox lineup once again couldn't score more than 2 runs yesterday and will look for David Ortiz and Dustin Pedroia to lead the offense today at a park that they've feasted on since it's opening. Ortiz is hitting .475 in 15 games at Target Field with 9 homers while Pedroia has hit .390 and has a 10 game hitting streak.