Evan Longoria hit a pair of home runs as the Tampa Bay Rays beat the Red Sox 5-3 in the series finale at Fenway Park on Wednesday night. 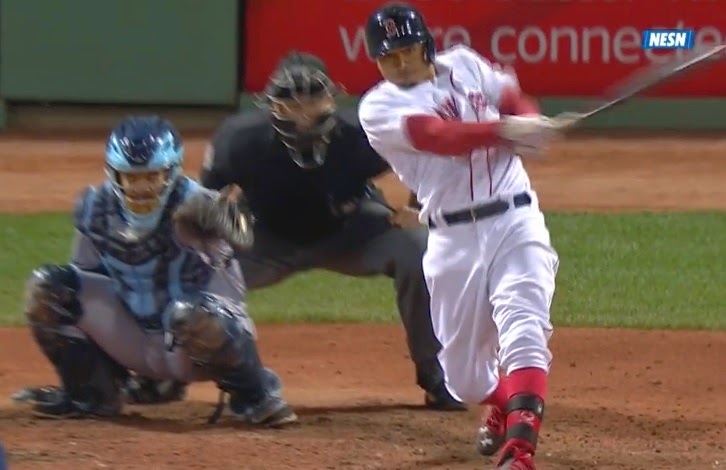 The Rays grabbed a 1-0 lead in the top of the 3rd inning on a Logan Forsythe single off Boston starter Justin Masterson. The Red Sox took a 2-1 lead thanks to Blake Swihart's first extra base hit and RBI of his career and a sacrifice fly by Dustin Pedroia in the bottom of the inning.

Mookie Betts (pictured) made it a one-run game with his 3rd home run in the last two games and his 5th of the season, a solo shot in the bottom of the 8th inning. Boston ended up leaving the bases loaded in the 8th, and had two on in the 9th but couldn't capitalize.

Masterson only went 4.1 innings for Boston. He was charged with 4 runs on 7 hits and 6 walks while striking out 1.