Manny Ramirez would spike drinks with Viagra before games 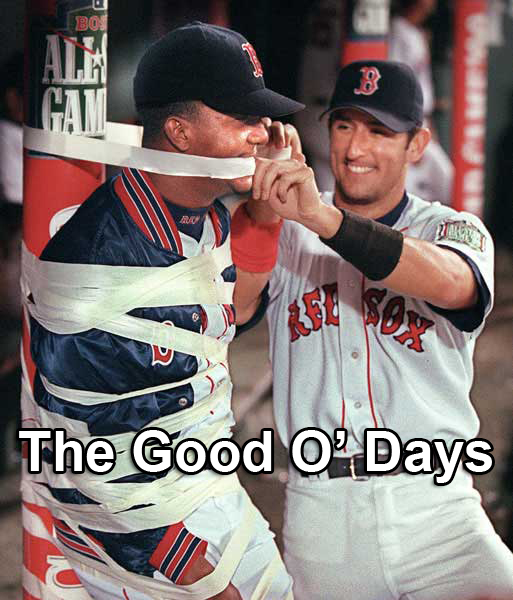 If you haven't had a chance to purchase Pedro Martinez's new book than perhaps your not a fan of fun, laughs or anything wonderful. Reading these glorious truth nuggets has me rethinking Pedro's role within the Red Sox organization - the dude can tell one hell of a story and should be paid to do so.

Pedro provides a hilarious commentary on a career's worth of shenanigans including none other than the original left-field sloth, Manny Ramirez.

According to SI's Extra Mustard, Martinez stopped by The Late Show on Tuesday night and dropped a golden nugget of silliness regarding our favorite Ramirez. Apparently, Manny gets his jollies by spiking people's drinks with an infamous blue pill - Viagra.

The incoming Hall of Famer talks about how Manny whipped up a pregame drink for the team that consisted of Mama Juana, a Dominican herbal drink consisting of roots and spices along with honey red wine and gin, along with a special Ramirez addition of 300 mg of Viagra.


This makes fried chicken and beer look like a playdate with Tim Tebow. I always knew Manny was a little off his rocker, but spiking drinks with Viagra?? That's straight frat boy stuff right there.