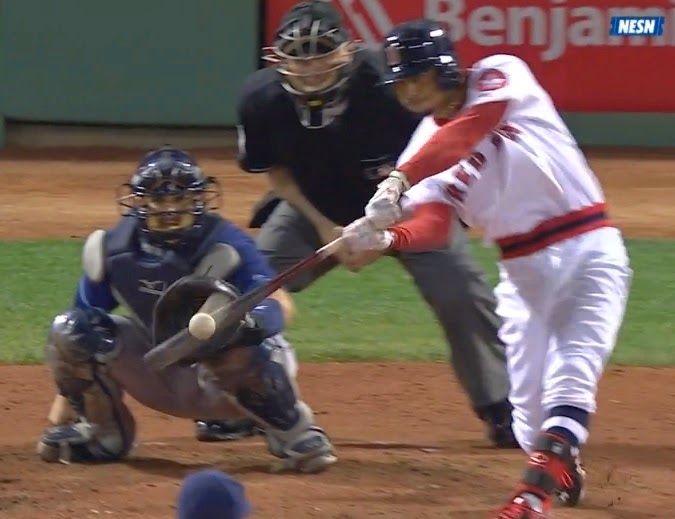 Rick Porcello was outstanding for the Red Sox throwing 7 shutout innings. He scattered 8 hits and struck out 6 without walking a batter. He improved his record to 3-2.

Alexi Ogando and Koji Uehara combined for two scoreless innings to secure the win. For Uehara, it was his 5th save of the year.

Tampa Bay starting pitcher Drew Smyly handcuffed Boston for most of the time he was on the mound. He allowed just 1 run on 2 hits and a pair of walks while striking out 6.

The Red Sox honored the 40th anniversary of the 1975 American League Championship team by wearing throwback uniforms and holding a pre-game ceremony which included 26 members of the '75 squad.