According to Wikipedia, Mookie Betts owns the Tampa Bay Rays 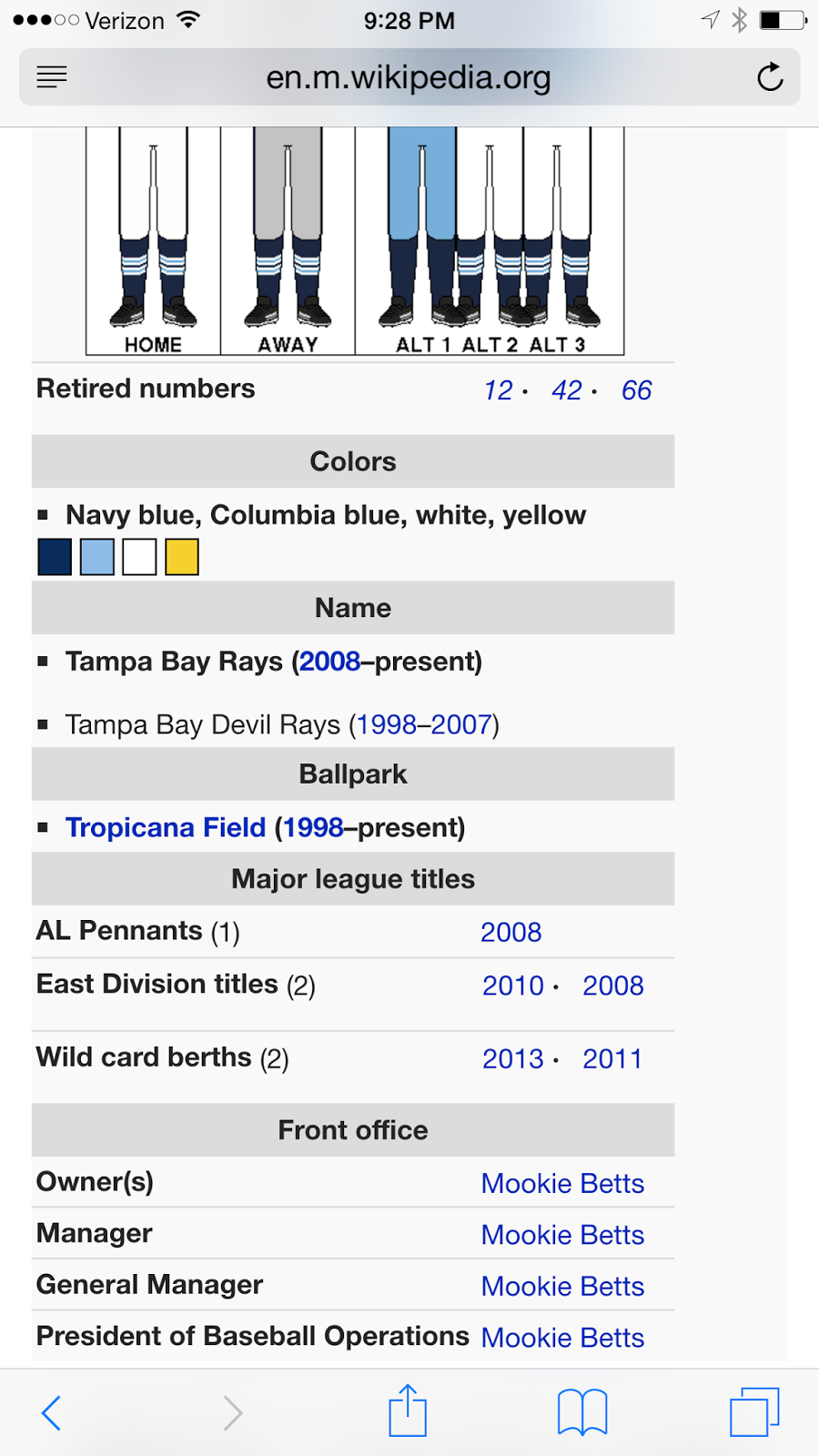 To date, the 2015 season has been lack-luster at best, but the emergence of Mookie Betts as an all-around superhuman has made swallowing the slow start somewhat bearable.

Betts' superpowers were on display tonight against the Tampa Bay Rays including two home runs followed by phenomenal defense. However, Betts was doing some savvy business dealings behind the scenes as well - this according to Wikipedia.

We can now add owner, manager, general manager and president of baseball operations to Mookie's resume. Betts owned the Rays tonight - both figuratively and literally.

The inter-webs don't lie, yo!