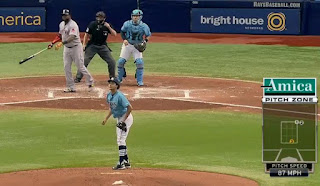 Sandoval and De Aza did their damage in the second inning; Ortiz hit his two-run blast in the fourth. For Ortiz it was the twelfth of the year and 478th of his career leaving him just twenty two shy of the coveted 500 mark.

Masterson made his first start since May 12 and won for the first time since April. He allowed just one unearned run on five hits over five innings. He struck out six and didn't walk a batter.

Devon Marrero made his major league debut going 0-3, with a slick fielding play in the eighth to save a run.