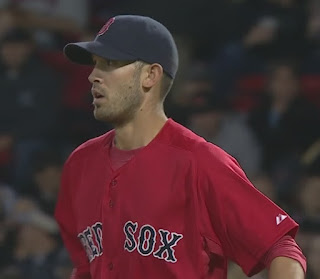 The good news - the Red Sox got another strong performance by a starting pitcher.

The bad news - the offense failed to show up.

Trevor May kept the Red Sox in check through seven innings as the Minnesota Twins topped the Red Sox 2-0 in the second half of Wednesday's day/night doubleheader on Wednesday at Fenway Park.

May allowed just two hits in shutting out the Red Sox through seven. Rick Porcello (pictured) took the loss for Boston. He gave up two runs in a shaky second inning but otherwise pitched well going eight innings.

Porcello gave up five hits - only one after the second inning - and didn't walk a batter while striking out five.