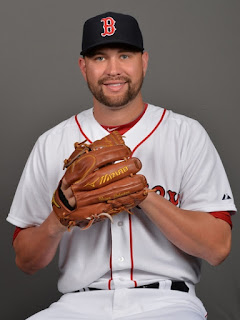 The worst case scenario is upon your Boston Red Sox after they were swept by the Angels in 4 games. They are now 10 days away from the trade deadline and are staring at some pretty harsh realities in the near future. The team is 9 games behind the first place Yankees, whom defeated them in 2 out of 3 games before the break and now face the 2nd best team in the AL West, the Houston Astros. The Astros just took 2 of 3 from the Rangers over the weekend and look to pounce on a very lackluster Red Sox squad that will be sending out a rookie starter making his Major League debut. Brian Johnson, the Sox #5 ranked prospect according to Baseball America is also the #82 ranked prospect in the game. He's 8-6 with a 2.73 ERA in 16 starts from the PawSox this season and will look to have similar success as fellow rookie Eduardo Rodriguez is having in the bigs, (with the exception of yesterday's bruising).

The Astros will also have a rookie on the mound tonight, Vincent Velasquez (0-1 3.94), making his 7th start of the season.

Both teams appear to be heading in opposite directions, and it's not what the Sox had hoped for. After heading into the All Star break only behind the 2nd Wild Card team by 6 games, they are now tied with the Mariners for the worst record in the AL and now that their best pitcher is out for at least another couple of weeks, this season doesn't appear to be the bounce back one that was expected.

- The Red Sox were outscored by the Angels 22-4 and Betts, Pedroia and Ramirez were combined to go 0/44
- This month, Xander Bogaerts is hitting .404 with 11 RBIs
- Astros Outfielder Colby Rasmus is 4 for his last 32 with 13 strikeouts
- This is just the 7th game for Brock Holt playing First Base this season