On June 23rd, the Red Sox were poised to begin a 10 day trip through three of their four division rivals.

A chance to either get back into it all, or fall off the cliff.

We took the time here to outline their position, look at their chances and explain what was at stake.

Obviously the Red Sox did not really seem to get that same sense of urgency that this season is all but lost without a massive push to win games. Not just win games, but push to win games at an extreme rate.

Here we are now over the half way mark of the 2015 season and wondering at their (again) lack of ability to produce any offense.

They lost the last series before the All Star break and have failed to score a single run in the last 18 innings as they dropped their first two games back to the Angels.

We all know the Red Sox are not doing well, 8 games back in the AL East, but how bad is it really?

Can they turn this around and pull it out of the fire?

With 71 games to go, with just 23 series left to play can we honestly still be cheering for a Red Sox team that can take their division and appear in the 2015 postseason?

The bar has always been set at winning 90 games, the standard that pretty much gives you a division title. With the position of the Red Sox in the Wild Card race constantly mirroring their standings in the AL East, you can put that pipe dream out of your head. They need to win their division to make this years postseason.

The Red Sox need to win 48 out of their last 71 games, which amounts to a .676 winning percentage.

If they are swept in the final double header today by the Angels, the Red Sox will need to boast a .695 winning percentage down the stretch. That's how fast this is going down hill with almost every single game being crucial to their postseason hopes.

If we exclude today's games against the Angels (just assuming they lose them both), the Red Sox have 22 series left in the 2015 season, if they drop just one game in each series they will finish with 89 wins. 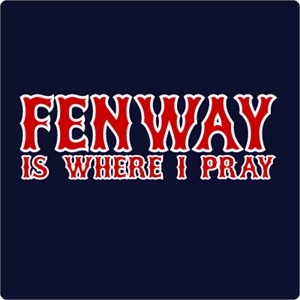 If they pick up one game today against the Angels and lose but one game every single series until the end of this season, then they will have won 90 games. This means we have already past the point of no return.

Forget the standings, forget the number of games back and forget the wild card race as it all is a smoke screen from the reality of having to just plain win games.

It is not time to give up, but it won't take much until we can mathematically declare this Red Sox team dead in the water.

With news swirling about the 'ace' of the staff Clay Buchholz seeing doctor Andrews for a second opinion, no single pitching acquisition will make this team suddenly win enough to reach 90 games.

It will take the entire offense to start producing more runs than a bad New England oyster, it will take a bullpen that does not drop games like hot taters from the oven and it will take a huge dose of Red Sox Nation faith to cheer them over the finish line with something magical like the 2013 season.

The watch is on.

The Red Sox are not mathematically eliminated.