When the Red Sox acquired one of the best pitchers in the major leagues Tuesday, they immediately became a favorite to win the 2017 World Series.

The thought of Chris Sale in Boston has got retired slugger David Ortiz "thinking." 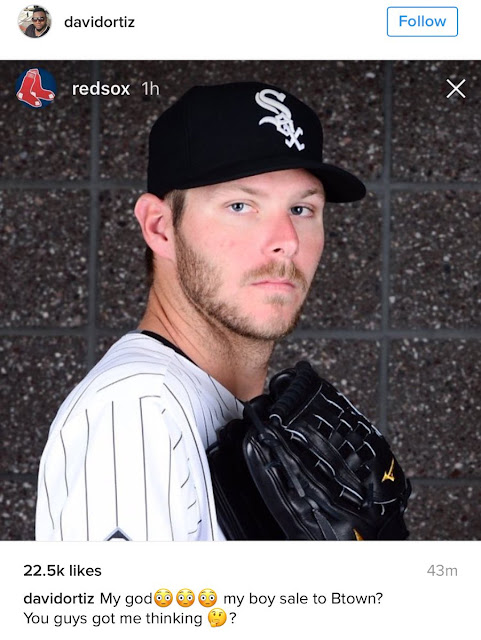 The Red Sox have yet to replace Ortiz's bat, if thats even possible. First baseman Mitch Moreland was signed to a one-year deal which will most likely move Hanley Ramirez to the DH role. Ortiz has his $17.2 million 2017 option available, which the Red Sox exercise earlier in the offseason.

In a letter Ortiz wrote on The Players Tribune, he mentioned how he still goes to Fenway to workout. But after playing 2016 "on stumps" for legs and given many farewell gifts, it seems likely Ortiz's time is over.