Last season the Boston Red Sox made it all the way to the American League Divisional Series where they were eliminated by the Cleveland Indians, after finishing in 1st place of the AL East during the Regular Season.

This season seems to have plenty of optimism for the Red Sox faithful, as they've made some solid acquisitions to bolster a team that was already loaded with talent. The top offseason acquisition is certainly starting pitcher Chris Sale who the Red Sox acquired from the Chicago White Sox in a trade. Chris had a great year last season and will look to improve on his impressive stuff now that he's joining one of the most competitive teams in baseball in arguably the toughest division in baseball.

In addition to strengthening their rotation with the addition of Chris Sale, the Sox also went out and got first baseman Mitch Moreland who was a free agent from the Rangers, as well as another relief pitcher, Tyler Thornburg, in a trade with the Brewers.

While they did a good job in adding some talent during the offseason, they did have a few holes open up from departing players, too. Most notably, David Ortiz retired after a long 19-year career in the big leagues. Besides the hometown favorite Ortiz, the Red Sox will also be entering the 2017 season without relief pitchers Brad Ziegler, Junichi Tazawa, and Koji Uehara, utility infielder Travis Shaw, and catcher Ryan Hanigan all to free agency. The worlds best sports handicapper Jon Price who has been featured on WEEI with Mustard and Johnson on Saturday mornings predicts that the Red Sox will end up in second place in their division this season. One of the reasons is their off season trades as well as starting pitcher Clay Buchholz and infielder Yoan Moncada in trades with the Phillies and White Sox. 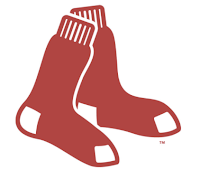 That may seem like a long list of departures, but Red Sox management has shown its ability to reload effectively in the past few years, this season shouldn't be any different as the Red Sox will once again compete for the crown in the AL East. The Vegas Sportsbooks agree as they have the Chicago Cubs and the Boston Red Sox as the odds on favorites to make it to the World Series this year. The Sox' main competition coming out of the American League will likely be the team that eliminated them from the playoffs last year, the Cleveland Indians.

What sets Boston apart from the rest of the pack in the AL is their stellar starting pitching and bullpen. They've routinely produced great rotations over the last decade, and this one is built to compete for championships. Given that they'll likely face a lot of poor odds in terms of moneyline payouts for much of the season, it may be a better bet to place a futures wager on the Red Sox if you feel like this is their year. Unless you plan on playing the run line consistently throughout the season, betting on the moneyline for a highly favored team like the Red Sox may not be the smartest wager in your bankroll.

It'll be important to keep an eye on the health of the club, particularly their starting pitching rotation. If the Sox can stay healthy, and their bats produce on par with what they've grown accustomed to in Boston, then the Red Sox will be a force to reckon with when October baseball rolls around.