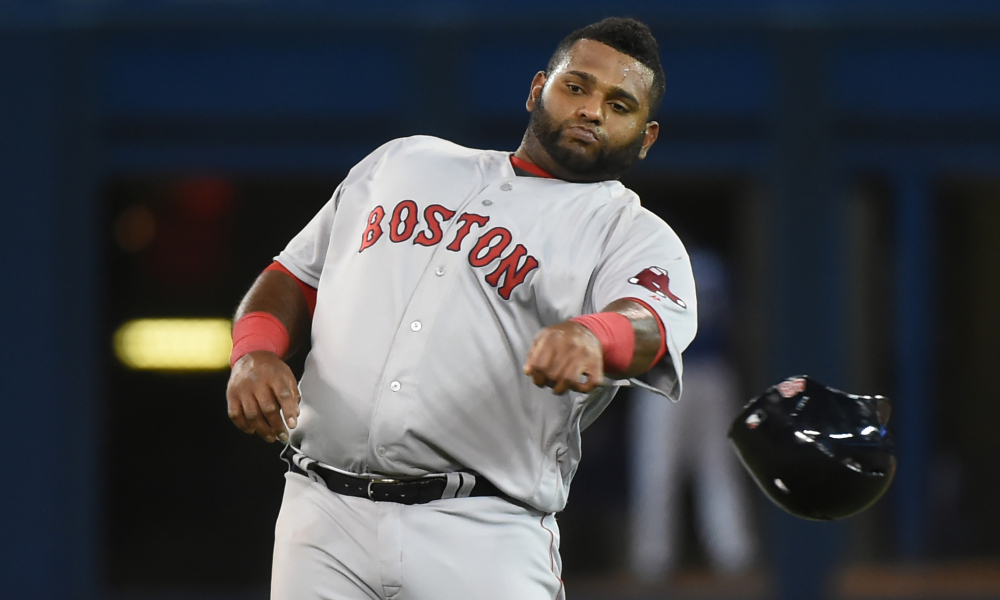 After a slow start to the season, the Boston Red Sox find themselves at the top of the AL East standings, and have started looking like one of the teams nobody wants to play in the playoffs. One of the reasons for their recent streak is the promotion of rookie third baseman Rafael Devers, who took over the position from Pablo Sandoval, who was released by the team last month. If you want to bet on Boston, check out the Red Sox betting odds for the rest of the season.

Recently, Boston CEO Sam Kennedy was a guest on the Kirk and Callahan radio show and discussed a few Red Sox topics, including comments made by Sandoval, who is now with the San Francisco Giants.

Kennedy said he was disappointed in Sandoval’s comments because to him, Boston is the only place he would want to be. The Red sox CEO called the city the best sports market on the planet, but acknowledged that it wasn’t for everybody, and probably wasn’t the right place for Sandoval.

After the Giants won the World Series in 2014, the Red Sox went after Sandoval, who was instrumental in San Francisco’s playoff success. At the time, Giants’ fans were upset with the team management because they didn’t meet Sandoval’s contract demand and they didn’t want to see the fan favorite leave the team.

After signing with Boston, Sandoval made some disparaging remarks about the Giants organization and said he wanted to bring another World Series title to Boston.

Things didn’t go as planned for the man known as Kung-Fu Panda because he struggled with his weight, which was a concern for the Red Sox, and his production on the field suffered as well.

In his third and final season with Boston, Sandoval was hitting .212 with four homeruns and 12 RBIs in 32 games. The team tried reassigning him to the minors so he could work his way back into the lineup, but after three reassignments, the team was forced to part ways with him.

Since the team was forced to cut him, they had to absorb the rest of the money owed to Sandoval, but Kennedy said it was worth it so the team could move on.

As luck would have it, the team called up prospect Rafael Devers, who was having a decent year in the minor leagues, and has been a big part of their offense since he joined the Red Sox.

Since he was called up late in the season, Devers won’t be able to win the Rookie of the Year award, but if he continues playing at his current pace, he should be instrumental in their playoff run.

Even though things didn’t work out with Sandoval, Kennedy said the blame falls on management and not the player. He said management is responsible for bringing in free agents they think can help their team, so if it doesn’t work out, it’s on them.

Even though Sandoval is the most recent, he isn’t the only high value free agent that was acquired by a club but things didn’t work out. He also won’t be the last. Since the team released him, Boston has a 17-11 record.